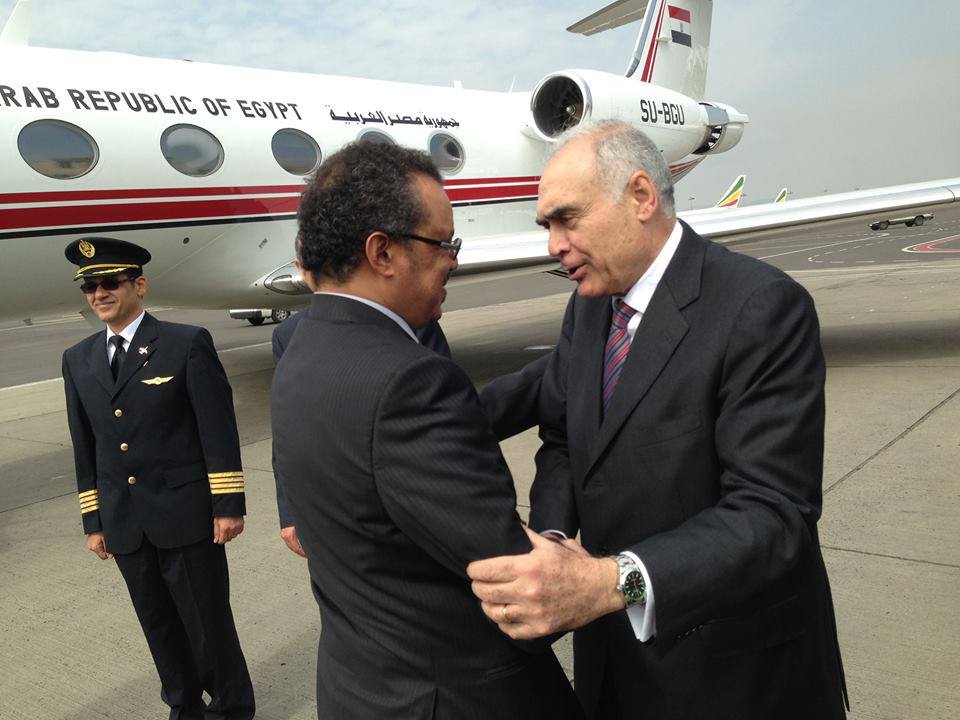 A delegation from the Ethiopian International Institute for Peace and Development (EIIPD) arrived in Cairo on Sunday to discuss updates in the region and socio-economic relations with officials from the Egyptian Council for Foreign Affairs.

Ambassador Badr Abdel Atty, spokesperson for the Ministry of Foreign Affairs, said that the visit was unofficial and that the EIIPD delegation came upon the invitation of the Egyptian Council for Foreign Affairs.

Abdel Atty added that the delegation, which includes the director and deputy director of the EIIPD and a foreign ministry official in charge of the Ethiopian-Egyptian relations, will discuss the socio-economic relations between both countries and the construction of the Grand Ethiopian Renaissance Dam (GERD) in light of the recent visit of Egyptian Foreign Minister Mohamed Kamel Amr to Ethiopia.

Amr had visited Ethiopia from 16 to 18 June, where he agreed with his Ethiopian counterpart on means of implementing the recommendations of the International Panel of Expertise (IPoE). The panel had concluded that Ethiopia had not conducted sufficient studies to ensure that Egypt and Sudan’s share of the Nile water would not be affected, according to Abdel Atty.

He added that the IPoE said that more studies are needed concerning the flow of the Nile, in addition to the environmental impact and safety conditions surrounding the construction of the dam.

Ethiopian Foreign Minister Tedros Adhanom Ghebreyesus assured Amr that he is “committed to a win-win approach as the basis for future cooperation.”

“Both ministers agreed to take into account the developmental interests of Ethiopia as well as the water security concerns of downstream countries [Egypt and Sudan],” read a joint statement by both ministers at the end of Amr’s visit to Ethiopia.

Ethiopian Ambassador in Egypt Mahmoud Dirir said on Sunday that the construction of the dam will not be the source of conflict between Ethiopia and Egypt, adding that both countries will benefit from the dam.

Dirir said that Ethiopia has been transparent about the construction of the dam from the start, offering chances for negotiations and discussions whenever there was a need for it.

He added that Ethiopia has no political motives in its construction of the dam, nor is it aimed at hurting the interests of Egypt and Sudan.

To provide further assurance to the two countries, the Ethiopian government organised a visit for the ambassadors of the Nile Basin countries to the Renaissance Dam on Saturday.

The objective of the visit was to prove on sight that the temporary diversion of the Blue Nile and the construction of the dam would not affect Sudan and Egypt’s share of the Nile water, according to Al-Ahram.

Mohamed Idris, the Egyptian ambassador in Ethiopia, said during the visit: “Egyptians will stand for development in Ethiopia, and will support any project that has mutual benefits and doesn’t negatively affect any of the countries [involved].”