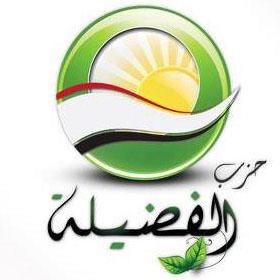 The head of the Salafi Al-Fadila Party has denied making statements in support of of Hazem Abou Ismail running for speaker of the House of Representatives or Khairat El-Shater being assigned as prime minister.

Fathy told Daily News Egypt: “It is even believed that Abou Ismail will not run for the upcoming parliamentary elections. For speaker of the House of Representatives, I recommend any person who is competent and efficient.”

He criticised the performance of both the FJP and Qandil’s government, saying they are still working within former President Hosni Mubarak’s corrupt political framework. They have not met many of the demands of the 25 January Revolution; economic, traffic and power problems still persist; and their policies are still being dictated by the international community, he added.

“It is only recently that the minister of culture has started purging corruption,” said Fathy.

When asked about his opinion on the Tamarod campaign, which calls for protests to ouster President Mohamed Morsi on 30 June, Fathy said it wass foolish. “The president can only be removed either if an elected parliament withdraws confidence, through fair elections or if he himself decides to resign. Morsi is the legitimate ruler of Egypt and any attempt to oust him will only destroy the political and constitutional system of the country.”

Fathy said the National Salvation Front (NSF) is partly responsible for what will take place on 30 June. They have lost public support and, thus, seek any means to come to power, he added. That is why his party refuses to cooperate or have any contact with them.

“The doorway to development is to close the showers of corruption released by Mubarak,” Fathy said.

Fathy added that the electoral alliance between Al-Fadila and Salifi Al-Raya party has evolved into a political one, and he encouraged “Copts, women and youths” to become members and run for elections “if they are efficient”.