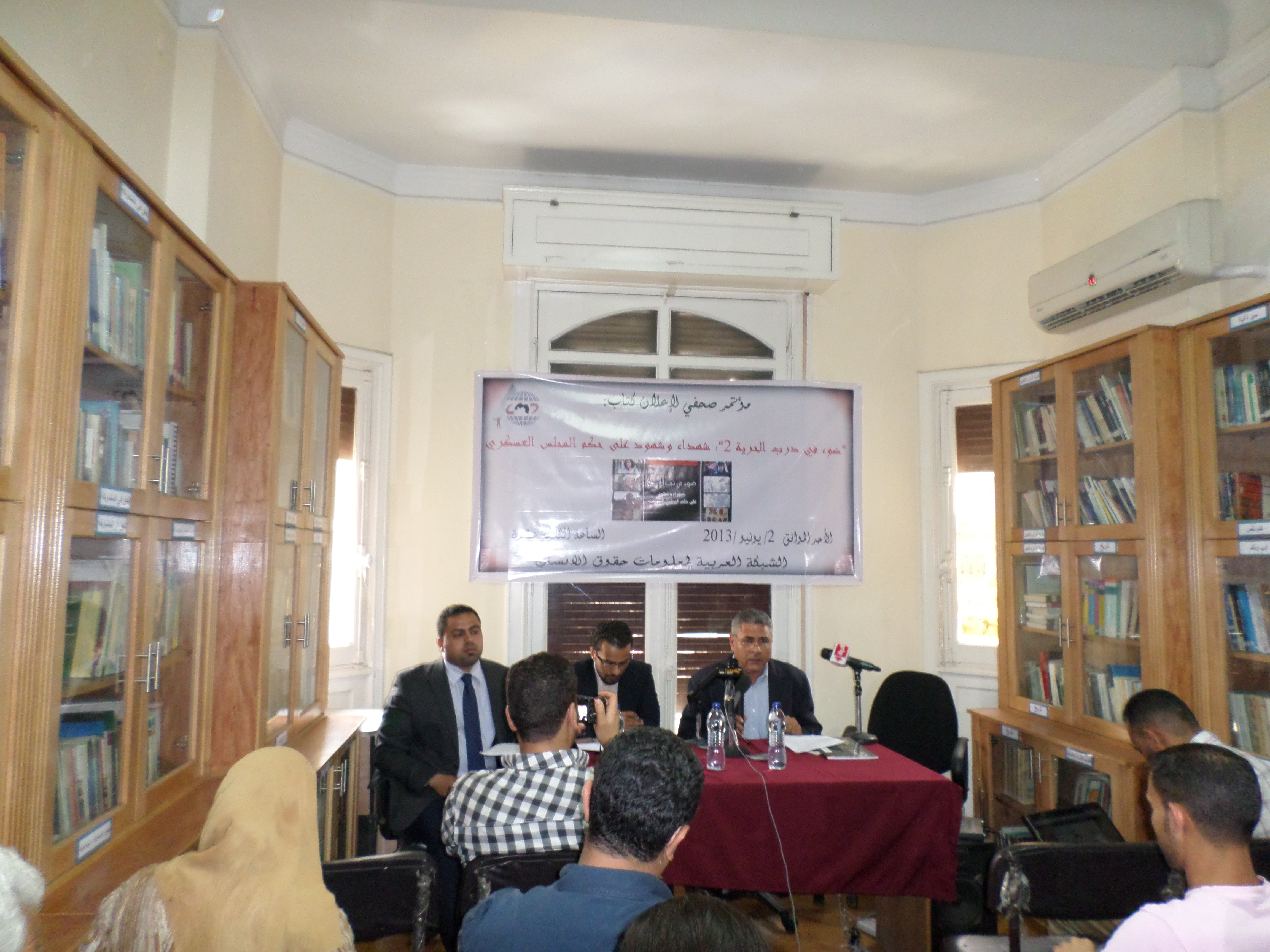 More than 200 Egyptians died during the rule of the Supreme Council of the Armed Forces (SCAF), said Gamal Eid, executive director of the Arabic Network of Human Rights Information (ANHRI).

The statement was made during a press conference on Sunday to announce the release of Light in the Trail of Freedom 2, a booklet that documents the names, ages, places, and circumstances of 215 Egyptians that died during SCAF’s rule in from February 2011 until June 2012.

The ANHRI director also accused SCAF, particularly former field marshal Mohamed Tantawi, former chief of military police Hamdy Badeen and General Hassan El-Roweiny, of killing 93 of the 215 victims with gun fire, as well as 33 who were choked to death and 13 who were run over by vehicles.

Mohamed Farouk, one of the lawyers who participated in writing the report, said that “52% of the martyrs died in Cairo, while 33% died in the Port Said football stadium massacre”. He added, “The case of Mohamed Mahmoud clashes that took place in November 2011 has totally disappeared from the prosecution.”