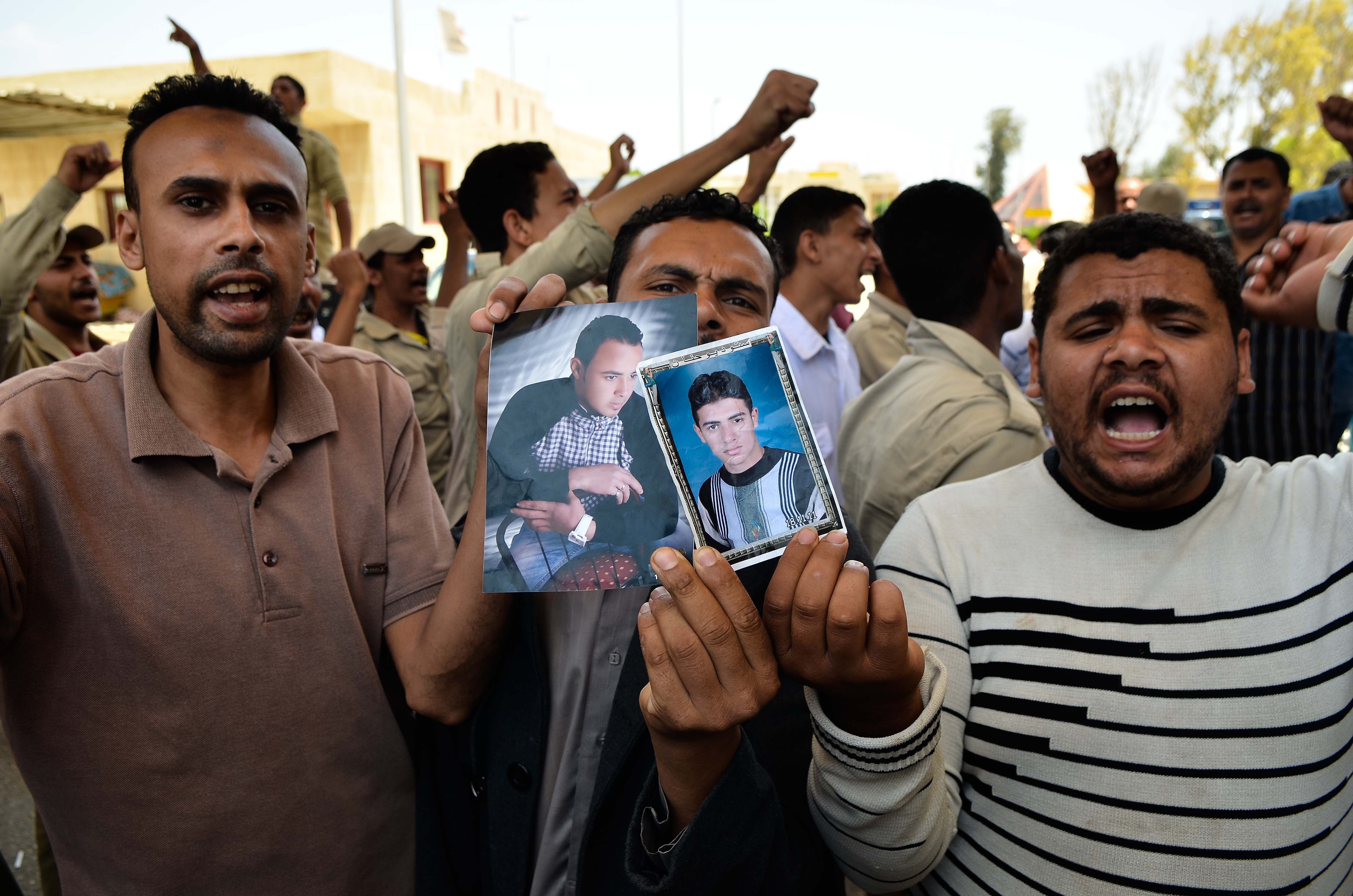 Police officers in five police stations in North Sinai announced a sit-in on Monday in solidarity with the off-duty security personnel that were kidnapped last Thursday. According to Aswat Masriya, members of the Al-Arish Police Station blocked the main gate of the Salam neighbourhood, preventing citizens from entering.

Officers also protested in the suburbs of Al-Hosna, Al-Nakhl, Ba’r Al-Abd and Sheikh Zuweid, refusing to work and demanding “swift action” in order to save the abducted soldiers, Aswat Masriya reported.

On Sunday security officers closed Al-Awja Border Crossing into Israel, just south of the Rafah crossing, in solidarity with the kidnapped soldiers.

President Mohamed Morsi has promised to exert all his efforts to free the soldiers, saying all options are being considered.

Egypt faces growing concern regarding its ability to police the Sinai Peninsula. As part of the 1979 Camp David Accords with Israel, Sinai was demilitarised and became difficult to police due to the limited number of security forces Egypt is allowed to place in the area.

Kidnappings and attacks on security personnel have increased since the onset of the 2011 revolution, as a result of the security vacuum created by the absence of police. In 2012, several attacks on the Egypt-Israeli gas pipeline were reported, and an attack on the Rafah border by gunmen left 16 soldiers dead in August.

The government responded by launching a counter-offensive in Sinai, known as Operation Eagle, increasing the number of troops and military equipment patrolling the desert for gunmen and securing the borders.