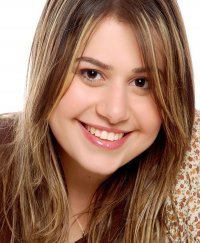 Salma Sabahy, daughter of opposition leader and Al-Tayar Al-Sha’aby (Popular Current) head Hamdeen Sabahy, was released from detention on Sunday per decision by the prosecutor general.

During a press conference by leaders of the National Salvation Front on Sunday morning, Sabahy downplayed charges against his daughter, expressing confidence that she was innocent of the charges she faced. He added he had not intervened in the situation based on this confidence.

Salma Sabahy was arrested on Thursday for a second time on charges of internet marketing fraud. She faces over 40 complaints submitted by various people for the same charge, according to Aswat Masriya. She was released on EGP 30,000 bail at the end of her first stint of detention pending investigation.

Sabahy had turned herself in to the Agouza public prosecution following a warrant issued for her arrest.