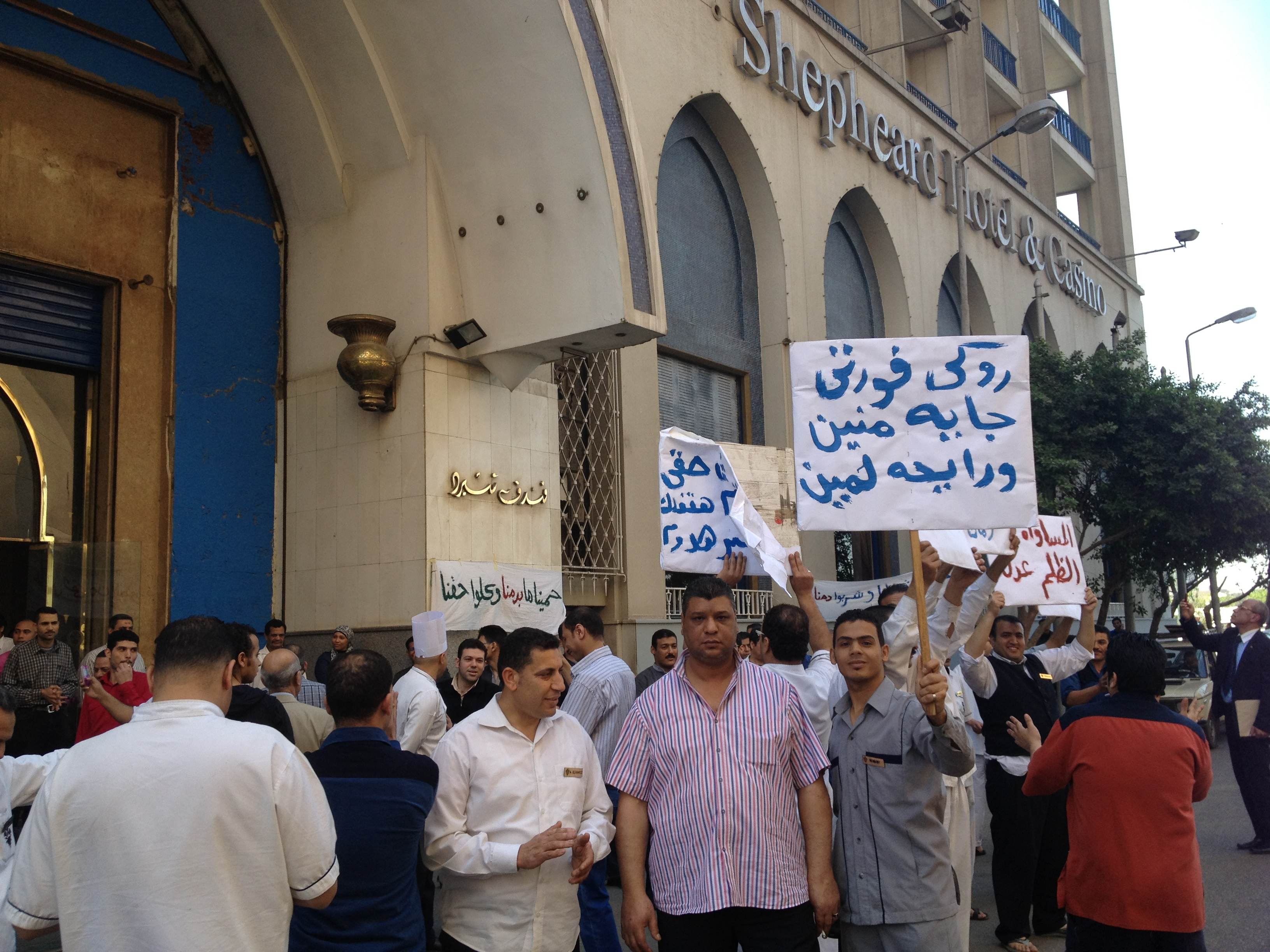 Dozens of workers at the Shepherd Hotel held a sit-in in front of the hotel building in Downtown Cairo to protest against the hotel’s managing company EGOS.

The protesting workers held banners that read “We want to defeat corruption and to account the corrupt” and “We protected our workplace and they have sucked our blood”.

Workers are demanding a percentage of the hotel’s earnings and adjustments to their contracts. Sameh Hanafy, a Shepherd Hotel kitchen worker, said the workers have been asking for their annual share of the hotel profits for months.

“Management kept stating that there is no financial liquidity; however EGOS workers have received their 10-month share,” Hanafy said. “We received no official response from the company although we have been on a sit-in for three days.”

A source within Shepherd Hotel’s public relations office who wished to remain anonymous said: “There are ongoing calls between the workers and the managing company,”

“About 50% of the workers have joined the sit-in, while the hotel remains open and functioning,” the source added.

Dalia Moussa, workers coordinator at the Egyptian Centre for Economic and Social Rights said the protesters are holding a peaceful sit-in that will continue until their demands are met.