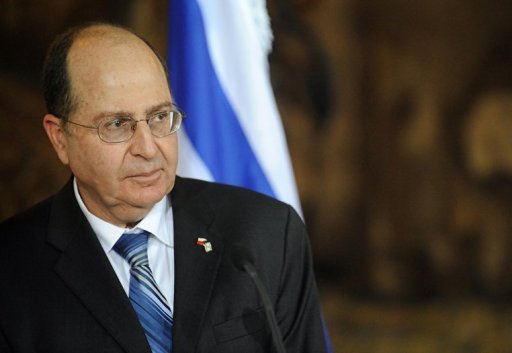 “In a period so critical to the security of the state of Israel, with all the region around us in turmoil, it is important that this position be filled by a man so rich in experience as Moshe Yaalon,” Prime Minister Benjamin Netanyahu said in a statement released by the party.

“In the name of all the citizens of Israel, I wish him success.”

The bespectacled 62-year-old has made a name for himself as a strong supporter of Jewish settlers in the occupied West Bank, but has shown himself to be more moderate regarding Iran, whose nuclear programme Israel sees as a bid to build a weapons capability.

“I am determined to drive the Israeli army… and the security forces to new heights in facing the challenges of the future,” Yaalon wrote on his Facebook page after his nomination.

He listed the most notable of those “challenges,” including “Iran’s nuclear programme, which continues to be a threat to Israel; unrest in the Arab world; the threats from the north (Lebanon) and from the Gaza Strip.”

On Saturday evening, Netanyahu formally notified President Shimon Peres that after 40 days of tortuous negotiations he had formed a new government, just as a legal deadline for him to do so expired.

“Once again, the prime minister has set up a rightwing government behind a thin facade (of centrism), hoping Israelis and the international community will allow themselves to be exploited by coalition elements pretending to be ‘centrist,'” Labour general secretary Hilik Bar said.

Bar promised to “fight without respite” to “quickly” replace the governing coalition.

The new government will be sworn in on Monday, just two days before the arrival of US President Barack Obama on his first visit to Israel and the Palestinian territories since being elected more than four years ago.

The rightwing coalition will control 68 of the 120 seats in parliament and comprise Netanyahu’s Likud-Beitenu list (31 seats), the centrist Yesh Atid (19 seats), the far-right national-religious Jewish Home (12 seats) and the centrist HaTnuah (six seats).