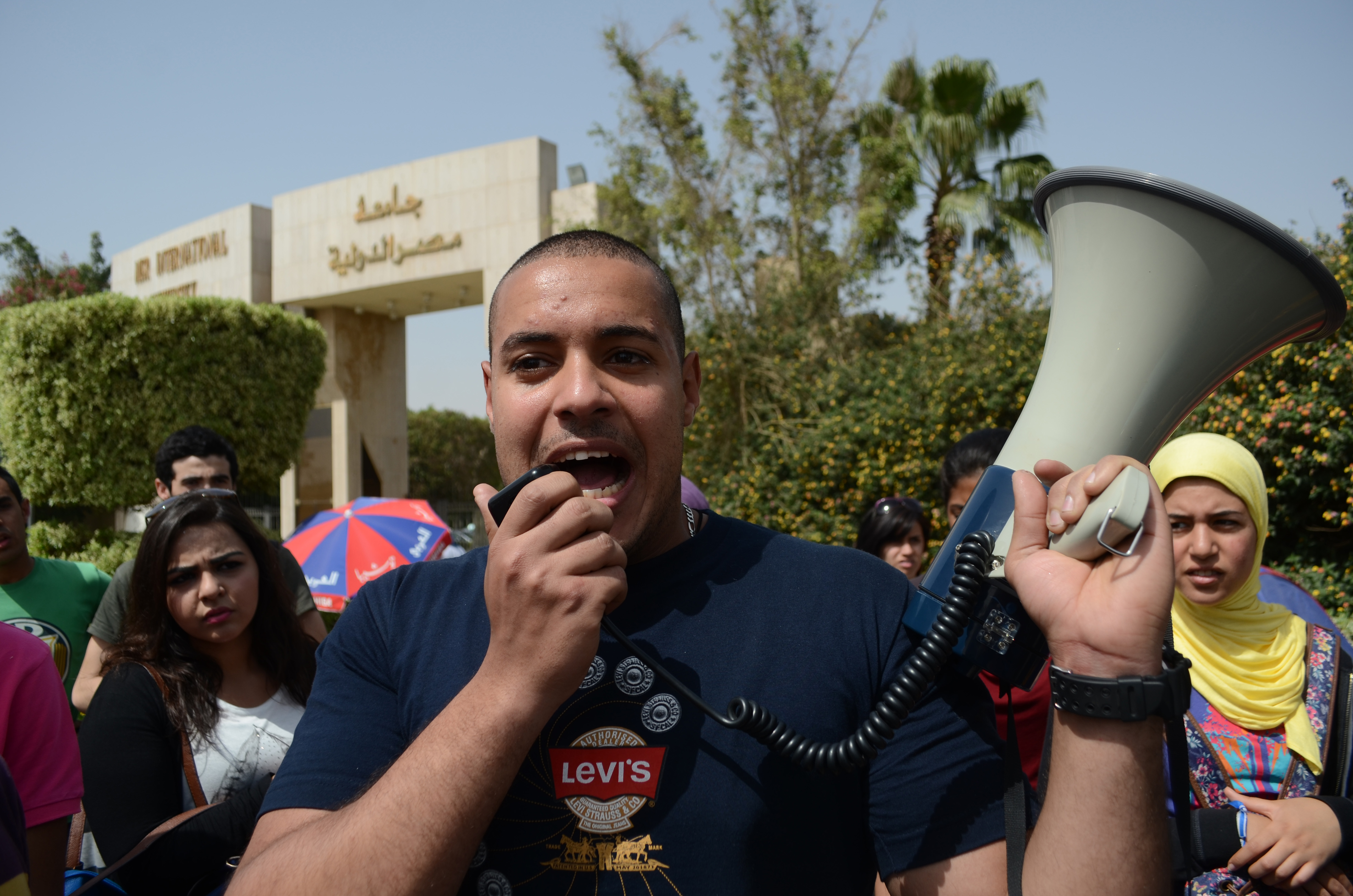 Students of Misr International University (MIU) entered the second day of a sit-in at the university campus, calling for cancelling the expulsion of six students, better road safety, and freedom to protest.

Protests were sparked by several road accidents involving students at the university. 16 protesting students were suspended pending investigation, and six were expelled.

Halim Sha’arani, a student at MIU, said the protest would continue until the students’ demands are fulfilled. He stated that the protesters have four main demands: the readmission of the expelled students, allowing freedom of protest on the university campus, guarantees that investigated students would not be graded unfairly by professors, and an exemption from absence penalties for protesting students.

MIU has an absence policy stating that students will be penalised by failing courses if they skip too many classes.

Bassem Salah, another MIU student, said more than 200 students joined the sit-in on Wednesday, adding that around 40 students have been staying overnight in the sit-in area.