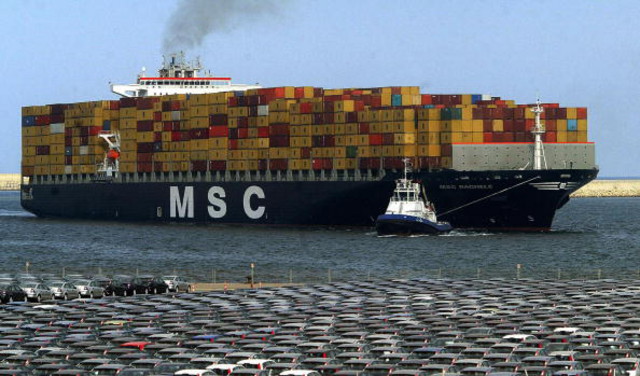 By: Mohamed El-Atrooche and Rehab Saber

Ahmed Najib Sharaf, the chairman of the Port Said Ports Corporation, denied rumours that the Supreme Council of Ports had decided to cancel the activities of foreign and joint-nationality shipping agencies, and limit shipping agencies’ activity with Egyptian companies. He noted that the Council had not convened to discuss this, and that the rumours are therefore completely false.

Sharaf pointed out that Maritime Agencies Law is too important to be amended or cancelled without consulting all concerned parties and beneficiaries before taking the decision.

Ahmed Aqad, Chairman of the Alexandria Chamber of Shipping and vice-president of Mahoney Shipping, said that no measures to cancel the Maritime Agencies Law can be taken without reference to parliament, adding that the current law promotes competition in order to provide better services.

Mahmoud Hatem Al-Qadi, president of the General Union of Arab Chambers of Shipping, clarified that foreigners had entered the field of competition in the shipping agencies in accordance with the GATT agreement, noting that the government cannot push foreign agencies out of the market under this agreement.

Al-Qadi pointed out that excluding foreign companies from the shipping agency would have a positive impact on the profits and activity of public sector companies, but that the terms of the agreement prevent achieving such a “dream”.

The Transport Committee of the dissolved parliament failed to reach a solution on the amendment of Law No. 1 of 1998, which granted the private sector the right to work in the private shipping agency sector along with government agencies.

Adel Lamey, President of the Port Said Shipping Chamber, said the abolition of the law would have negative consequences for the Egyptian economy, as it would lead to the exit of a number of private shipping agencies which employ 13,000 workers and would put a stop to many foreign investments in Egypt.

He explained that the lack of development of the public shipping agencies means that they are unable to compete with private agencies, as the latter are characterised by their rapid and high-quality services, in addition to their links with global shipping agencies.

A press statement reported that the Council has approved in its last meeting, closing maritime agencies activity for foreign companies and that the Ministry of Transport pave the way for issuing the decision within weeks.

The sources said the Council’s decision will include the need to adjust the position of “mixed nationality companies”, so that the Egyptian partners can buy the entirety of foreign partners’ shares, while all foreign companies will be closed and withdrawn from the market, which was denied by the head of the Port Said Ports Corporation.