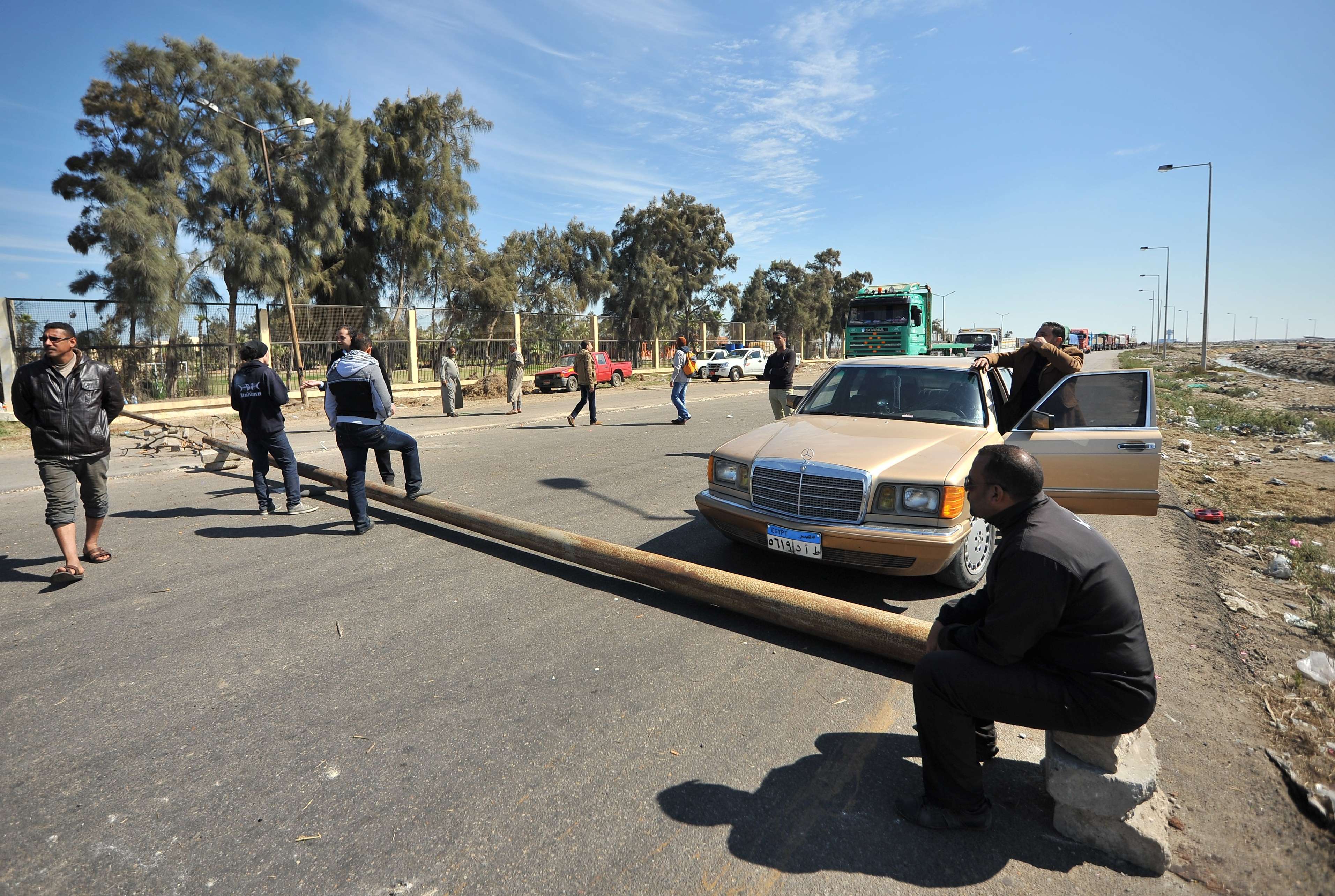 Civil disobedience in Port Said entered its fourth day on Wednesday, rejecting the presidency’s attempts to calm the unrest.

The presidency had issued a statement on Tuesday stating that President Mohamed Morsi submitted a new law proposal to the Shura Council to re-launch Port Said’s free trade zone.

The statement added that Morsi decided to allocate EGP 400m of the annual revenues of the Suez Canal to the development of canal governorates of Suez, Ismailia and Port Said and providing new jobs for their residents.

Protesters refused to settle, blocking the road to the eastern port Wednesday morning; the army attempted to convince protesters to open it but they continued to lie in the road halting blocking entrances to the port.

“The Eastern port is very important; it controls the containers traffic,” said Mahmoud Qandil, an accountant and one of the protesters.

He added that protesters stopped buses carrying port workers from passing and some workers joined the protests.

As in the previous three days, protesters marched to government facilities and industrial areas chanting against President Morsi and the Muslim Brotherhood.

Large balloons with SOS inscribed on them stood facing the Suez Canal; however navigation in the canal wasn’t affected, according to AFP.

The Egyptian Centre for Economic and Social Rights reported that canal guides that aid ships in navigating the canal, threatened to go on a strike on Thursday which can affect canal traffic.

In Ismailia protesters gathered on Wednesday morning in front of the governorate building and the city council in solidarity with Port Said.

“A large number of employees refused to go to their work, responding to calls to a civil disobedience parallel to that of Port Said,” said Ahmed Ibrahim, political activist in Ismailia and former Al-Dostour Party member.

He added that residents in support of the disobedience and some political groups were holding a meeting with labour leaders in Ismailia.

“If workers of the Industrial Zone and the Investment Authority in Ismailia respond to civil disobedience calls, we will be able to pressure the government to respond to our demands,” Ibrahim added.

He also said that escalation steps may include a protest in front of the Suez Canal Authority in Ismailia.

Unrest had erupted earlier this week in several governorates as calls for civil disobedience escalated in Port Said and spread to other governorates such as Kafr El-Sheikh.

Marches had swept Port Said early on Sunday, responding to calls for a civil disobedience in the governorate. Protesters called for justice for protesters killed during clashes on 26 January.

On Monday, Port Said Governor Ahmed Abdallah announced that Minister of Justice Ahmed Mekki had assigned a judge to investigate the violent clashes. However, this failed to mollify protesters in Port Said.

Protests are expected in several governorates on Friday in solidarity with Port Said.