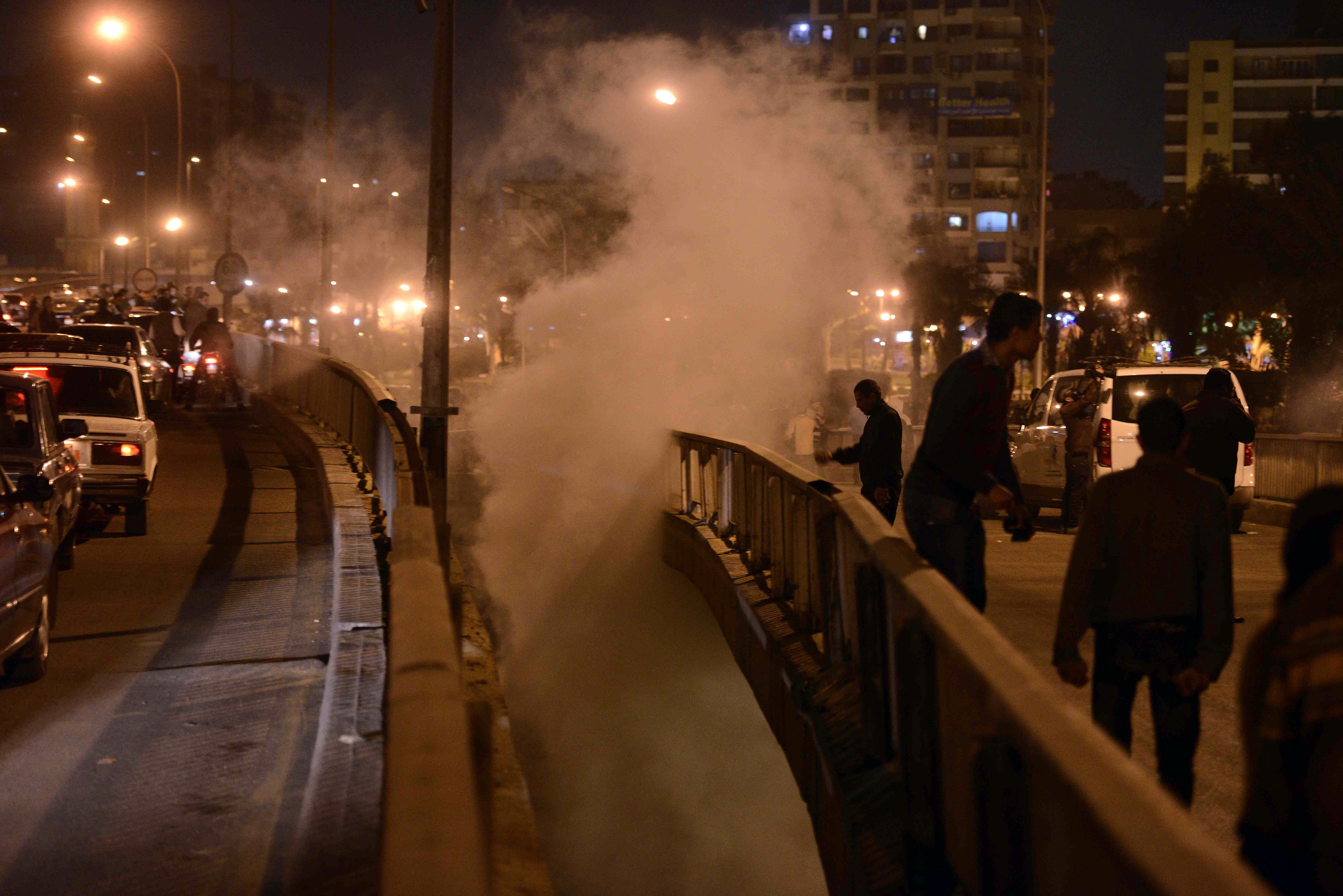 The Arabic Network for Human Rights Information (ANHRI) has denounced attacks on journalists and other media professionals covering clashes that took place on Friday.

According to an official statement released by the organisation, Egypt’s security apparatus is responsible for the failure of protecting journalists.

The repeated attacks on media professionals “became a phenomenon as in most cases the attacks target the journalist of the media outlet in which he works”, ANHRI said.

ANHRI said a number of assaults on journalists occurred last Friday, including an attack on Alaa AbdulBari, a photographer for Nisf El-Dounia magazine belonging to Al-Ahram Foundation. AbdulBari was hit by a teargas canister in the face at close range. He suffered a cut lip and his gas mask was destroyed.

AbdulBari was covering clashes in front of Al-Qubba Palace. ANHRI said the use of teargas and rubber bullets led to several injuries among protesters.

Another photographer, Eman Helal from Al-Masry Al-Youm, was harassed by protesters while covering the “protest against violence”, organised by Islamic groups in support of the president. ANHRI said Helal was targeted “because she is a woman”, adding that protesters confronted her several times trying to remove her from the protest because she could not be among men.

A protester accused her of harassing him, “which was used as a pretext to remove her from the area”, reported ANHRI.

“The persistent disregard by the authorities to such repeated attacks on journalists and media-professionals, in addition to the involvement of the security bodies in these attacks” is destroying one of the most important pillars of a democratic regime, ANHRI’s statement read.

Targeting female journalists is a point of specific concern to ANHRI, saying it “is a discrimination against women which, combined with several other factors, indicate there is an organised campaign to exclude women from public and ban them from participating whether as an actor or observer by virtue of work and profession”. The statement added it could not separate attacks on female journalists and women who participate in demonstrations.

ANHRI’s statement concluded by calling on the Ministry of Interior to immediately investigate the attack on AbdulBari, and called on Prime Minister Hesham Qandil’s government to provide protection to journalists and media professionals covering such events.

Despite the drop, the number of journalists detained worldwide has spiked, which CPJ attributes to Turkey’s policy on coverage of designated terrorist groups such as the Kurdistan Workers’ party.

The CPJ report does not cover attacks on journalists however, but have made mention in recent press releases on the worrying increase in attempts to restrict media freedoms in Egypt.