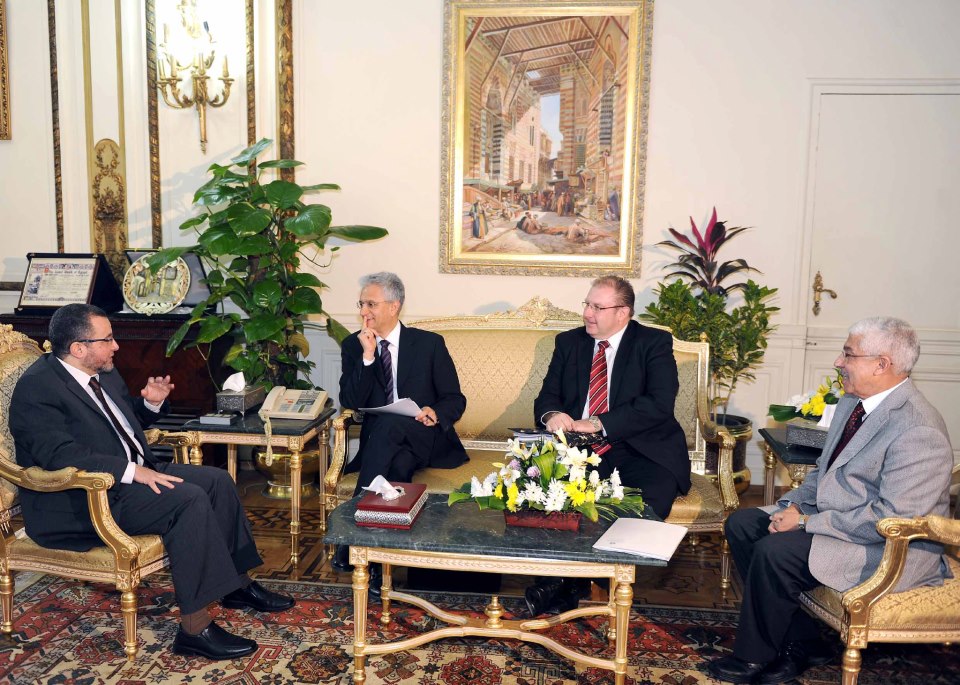 Prime Minister Hesham Qandil met with representatives of the World Bank (WB) on Saturday to discuss ways in which the WB can help support Egypt. Qandil also requested assistance to develop the country’s railway system.

In a post on his official Facebook page, Qandil said that he brought up the issue of Egypt’s railways during the meeting, emphasising the need to meet requirements of “safety, security, and to develop the capabilities of its employees”. According to state-run news agency MENA, Qandil also requested the WB provide technical experts to help develop the railway system.

Qandil also said the meeting “reviewed the efforts exerted by the Egyptian government to provide basic needs to citizens and raise the efficiency of services”. He called on the bank to provide “financial support for the public budget”. He also requested support for development projects in poorer areas, highlighting the need to provide clean water.

According to Qandil, Hassan stressed the importance of supporting Egypt during the current situation because “Egypt’s stability is central to the stability of the entire Middle East region”.

Egypt’s railway system has come under criticism following a series of incidents dating back to a crash in Fayoum which killed three people in November 2012. Since then, other fatal crashes raised the death toll up to nearly 80 people, including over 50 children who died when their schoolbus collided with a train in Assiut.

The Egyptian Railway Authority (ERA) announced in January that it would be investing $600m in the railway system, which would include a $330m loan from the WB yet to be finalised.