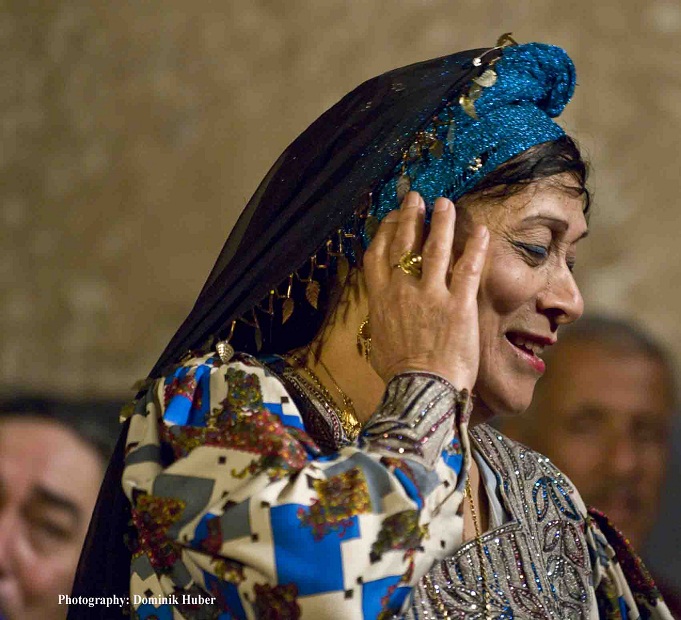 The Egyptian Center for Culture and Art (ECCA) is reviving mawwal music by collaborating with a group of artists in the Nile Delta. In an attempt to keep cultural traditions alive, ECCA joins forces with marginalised communities that are considered the backbone of Egyptian culture.

Tonight Mawawil, a group featuring musicians from Menoufiya, Qualyoubiya and Sharqiya, are showcasing this genre of music that originated in the Egyptian countryside. The group consists of singers Reda Shiha and Mohamed El Shahhat and a team of musicians: Salama Metwally on rababa; Amin Shahin on arghoul; Ramadan Mohamed on kawala; Ragab Sadek on table and Mohamed Kholoussy,on  hana and sagat.

Mawwal, which literally means ‘affiliated with’ is a genre of music that expresses the daily life of peasants in the delta provinces. Through Arabic poetic narratives and love songs, it produces a unique fusion of uninterrupted music accompanied by words.  A typical example of mawwal music are short words and sounds you often hear before a song starts such as ya leili, oh night, or ya ain ya leil, oh eye oh night. It has gained popularity in other Arab countries like Lebanon and has been sung by popular artists such as Sabah, Fairuz and more recently Najwa Karam.

Traced back to Pharonic times, the arghoul, with a tone similar to the clarinet, is a key instrumental component to mawwal and was found depicted on third dynasty temple walls. Sadly, the art of playing the arghoul has declined in modern times. Amin Shahin is the only prominent Egyptian who plays the arghoul professionally today.

The instrument requires the player to use a specific kind of breathing that does not interrupt the flow of music through its long, wide pipes. The rababa is a double stringed fiddle made from coconut and commonly sold on the streets of Cairo, and the kawala is a slanting clarinet-like instrument with six holes.