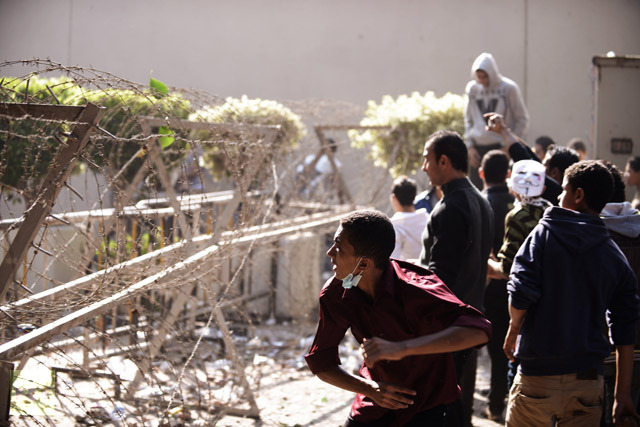 Eleven defendants involved in clashes with police last month have each been sentenced to three years imprisonment and a  EGP 500 fine. Qasr Al-Nil Misdemeanors Court handed the sentences on Tuesday in a case that was overseen by Judge Ehab Yousry.

The 11 defendants, seven of which were charged in absentia, were arrested in Simon Bolivar Square, where clashes with police erupted. The incident occurred during the week of the one-year anniversary of the Mohamed Mahmoud massacre.

The defence demanded acquittal due to “invalid” procedures carried out by security services during arrest and investigations and claims that the arrests weren’t carried out at the scene of the crime. It also said that the charges were too general and did not specify each individual’s alleged role in the clashes.

The injuries reported during the clashes were related to heavy use of tear gas, birdshot and heavy rock throwing.