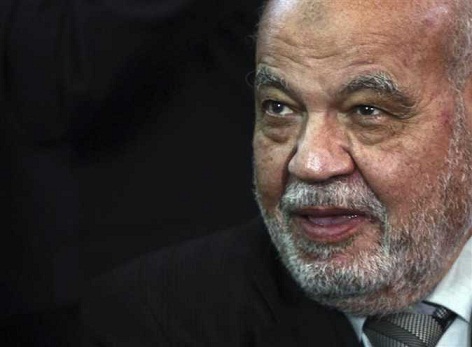 Minister of Justice Ahmed Mekky, inaugurated on Saturday the regional insolvency conference “Challenges and Choices for Economic Development.” The conference was sponsored by the World Bank’s International Finance Cooperation (IFC), in partnership with the Swiss confederation’s State Secretariat for Economic Affairs (SECO).

Mekky signed two agreements with IFC; the first is related to settling commercial and economic disputes. The agreement aims to promote Egypt’s capabilities as regional hub for mediation training, and to raise awareness of it as a tool to simply and rapidly settle disputes, helping to boost investor confidence, attract investments, and achieve economic development.

The second agreement addressed cooperation in promoting insolvency systems. It aims to train Egyptian judges to deal with restructuring distressed companies, and use to friendly methods to settle bankruptcy disputes. This is planned in order to thoroughly promote bankruptcy rules and regulations, in a manner that is consistent with modern international judicial trends, and at the same time resolves the practical problems triggered by the application of the existing law.

Mekky said in his speech, “the essence of justice is the same everywhere, but we have to admit that Europe has developed efficient systems to attain justice” he added, “we welcome this organisation as well as all western institutions, and we wish for them to establish the value of justice to solve all international and economic issues, such as the repatriation of money abroad.”

Supervisor of the Arab Investment Court in the League of Arab States, Hassan Abdel Latif, emphasised the importance of promoting Arab development and the integration between Arab countries, noting that the economic integration is a key issue, and it requires development of the Arab economic system and its institutions.

“Egypt is at a critical juncture” said the head of IFC Advisory Services in the Middle East and North Africa, Luke Haggarty, “it needs to stimulate its economy through business growth and job creation. These reforms will help increase investor confidence in the country, thus attracting investments and creating jobs,” he added.

The three-day-regional conference included judicial delegations from Lebanon, Tunisia and Jordan. It provided participants with an opportunity to discuss the challenges of reforming the insolvency laws across the region, where on average it takes three years to resolve a case and the recovery rate is just 33 per cent.

This initiative is funded by Switzerland’s SECO and is part of IFC’s Debt Resolution and Business Exit Program that aims to improve insolvency frameworks in the Middle East and North Africa, promoting a better-enabling business climate across the region.