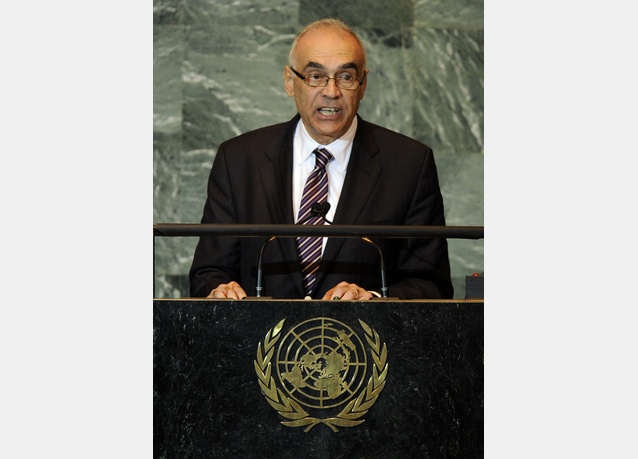 Egyptian Foreign Minister Mohamed Kamal Amr warned Thursday evening that Egypt will not allow its relations with Israel to hinder its support for the Palestinian cause.

Amr made the comments during a meeting with his Tunisian, Jordanian and British counterparts, to the backdrop of the escalating Israeli military offensive on Gaza, reported state-owned Al-Ahram.

Amr condemned Israeli aggression against Palestinian civilians in the Gaza strip, which has continued for three days.

Amr stated that Egypt has called for an emergency meeting for all Arab League member-states’ foreign ministers on Saturday. The Arab League has cancelled events scheduled to take place in its headquarters on Saturday, due to the Gaza attacks.

Egypt’s permanent representative at the United Nations is currently following closely the steps taken within the Security Council, in order to cease the Israeli operation, Amr reportedly said.

Egypt called for a Security Council meeting alongside Morocco and the Palestinian Authorities, reported BBC Arabic. The meeting, which took place Wednesday evening in the United Nations’ headquarters in New York, did not result in a resolution from the Security Council’s member-states.

Israel launched operation Pillars of Defence on Wednesday, which it claims is aimed at neutralising the threat of rocket attacks from Gaza. At least a dozen Palestinians have been killed by the Israeli airstrikes so far, with some sources citing a death toll closer to 20. Among those killed by the Israeli operation is Ahmed Jaabari, a senior commander in the Qassam Brigades, Hamas’s military wing. Hamas responded by launching rockets into Israel, killing at least three Israelis.