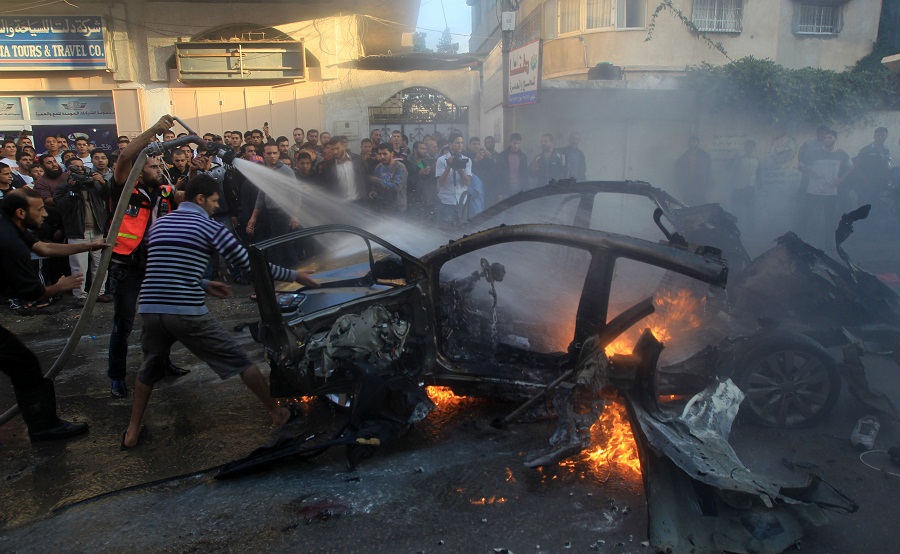 “The martyr is Ahmed Al-Jaabari and his bodyguard was injured,” Ayman Sahabani, a doctor at Shifa hospital in Gaza City, told AFP. A Hamas security source also confirmed Jaabari’s death, speaking on condition of anonymity.

“During a joint operation of the General Security Service (Shin Bet) and the IDF (army) today, Ahmed Jaabari, the senior commander of the military wing of Hamas in the Gaza Strip, was targeted,” a statement from the Shin Bet said.

“In the past hour, the IDF targeted Ahmed Jaabari, the head of Hamas’s military wing, in the Gaza Strip,” the military added in a statement, saying Jaabari “was a senior Hamas operative… directly responsible for executing terror attacks.”

“The purpose of this operation was to severely impair the command and control chain of the Hamas leadership, as well as its terrorist infrastructure.”

“The IDF started an operation against terror organisations in Gaza due to the ongoing attacks against Israeli civilians,” she said on her Twitter account.

The killing of Jaabari sparked furious protests in Gaza City, with hundreds of members of Hamas and its armed wing, the Ezzedine al-Qassam Brigades, chanting for revenge inside Shifa hospital.

Outside, armed men fired weapons into the air, and mosques throughout the city called prayers to mourn the commander’s death.

Palestinian security sources and medics confirmed a total of four air strikes across Gaza during the late afternoon, two in Gaza City, one of which killed Jaabari, one in northern Gaza, and a fourth in the southern city of Khan Yunis.