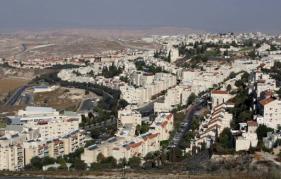 Jerusalem — Israel on Tuesday published tenders for 1,213 new homes in settlement neighbourhoods of east Jerusalem, drawing fire from Palestinians who said it made them more determined to seek greater UN status.

Israeli watchdog group Peace Now, citing documents published by the Israeli housing ministry, said tenders were offered for 607 units in Pisgat Zeev and 606 units in Ramot, both in east Jerusalem.

It added that 72 units were re-offered in the West Bank settlement of Ariel.

Peace Now, which opposes Israeli settlement in the West Bank and east Jerusalem, slammed the new tenders, noting that they come after Palestinian president Mahmud Abbas reiterated his commitment to peace negotiations in an interview with Israeli television.

It accused the Israeli government of timing the announcement as Americans go to the polls in a closely-watched presidential election.

“It seems that Netanyahu is afraid of the new administration that is being elected today in the US, and he has chosen the day of election to publish the tenders so that there will be the least public attention to his action.”

The Palestinians also condemned the announcement, saying it illustrated why they plan to approach the United Nations to seek non-member status at the General Assembly later this month.

“We condemn these new settlement decisions and the continuing settlement policy of the Israeli occupation government is what is motivating us to claim our full rights by going to the UN to achieve non-member status,” presidential spokesman Nabil Abu Rudeina told AFP.

“Israel does not respect either international law or international principles so the Palestinian people and their leaders are determined to get their full national rights, the first of which is getting non-member status at the UN,” he said.

Israeli settlement construction in the West Bank and east Jerusalem is one of the most contentious issues in stalled Israeli-Palestinian peace talks.

Direct negotiations between the two sides have been on hold since late September 2010, when they ground to a halt over settlement construction.

Israel imposed a 10-month partial settlement freeze ahead of the talks, but failed to renew the moratorium when it expired shortly after the negotiations began.

The Palestinians say they will not hold talks while Israel builds on land they want for their future state, while Israel says it wants negotiations without preconditions.

The international community considers Israeli settlement construction to be a violation of international law, but the number of settlers in the West Bank has grown to around 340,000, with another 200,000 living in east Jerusalem.