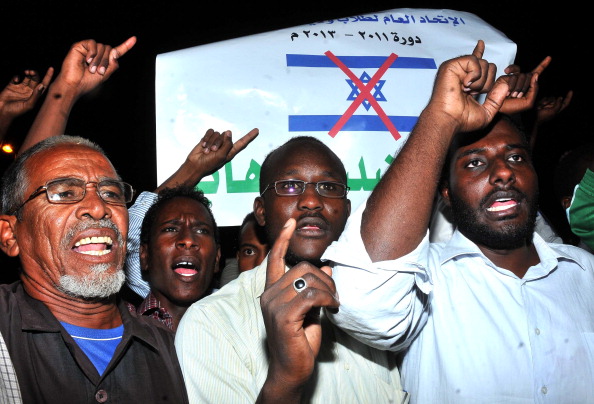 Khartoum (AFP) – Sudan does not fear Israel and will stand by the Islamist Hamas movement, a vice-president said on Sunday, after Khartoum denied links between Hamas and a military factory Sudan accused Israel of bombing.

“We announce that we will support Hamas… and we will not fear Israeli aggression,” Vice-President Al-Haj Adam Youssef said, according to an SMS news alert from the official Radio Omdurman.

Khartoum accused Israel of sending four radar-evading aircraft to strike the Yarmouk military factory, which exploded and burst into flames in the heart of Khartoum at midnight on October 23.

Israel refused all comment on Khartoum’s allegations about the blast.

But Israeli officials have expressed concern about arms smuggling through Sudan and have long accused Khartoum of serving as a base of support for Hamas militants.

Sudan’s Foreign Ministry has accused Israel of trying to spread “fabricated information” to provide reasons for its “aggression.”

“This includes talk about claimed relations between the Al-Yarmouk compound and Iran and Syria, and the Hamas Islamic struggle movement in Palestine, and Hezbollah in Lebanon.”

Ismail Haniya, head of the Hamas government in Gaza, has condemned “the Zionist terrorism behind the bombing of a [military] factory in Sudan.”

Haniya visited Sudan last December and held talks with President Omar Al-Bashir. The talks were part of the Hamas leader’s first official regional tour since the Islamists’ 2007 power seizure in the Palestinian enclave.

In April last year, Sudan said it had irrefutable evidence that Israeli attack helicopters carried out a strike on a car south of Port Sudan.

That incident mirrored a similar attack by foreign aircraft on a truck convoy reportedly laden with weapons in eastern Sudan in January 2009.