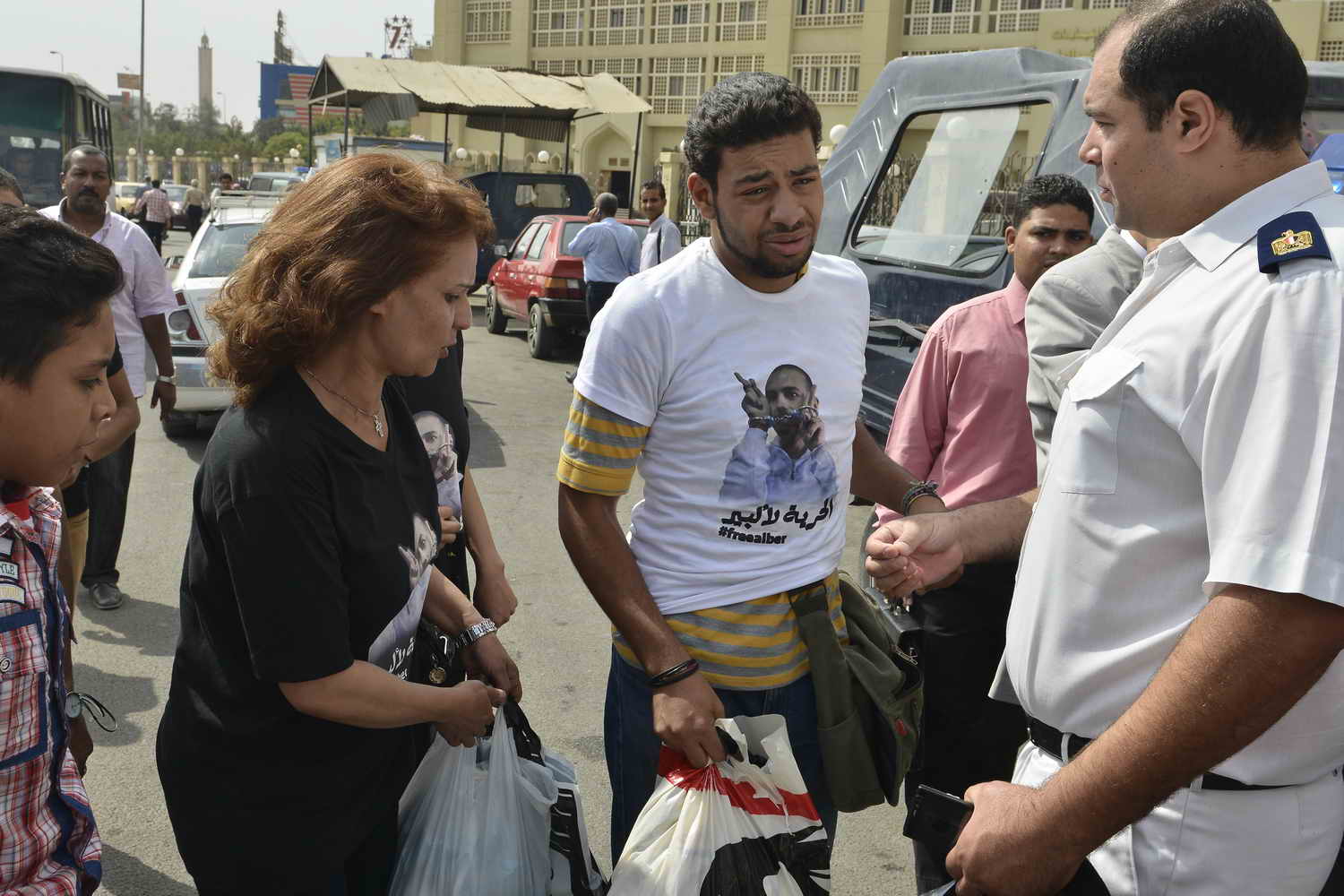 Ten human rights organisations and the lawyer of Alber Saber, the blogger on trial for contempt of religion, filed a complaint with the prosecutor general on Monday, over the ill treatment he has faced while in police custody.

The decision to file the complaint was announced through a statement published on the website of the Association for Freedom of Thought and Expression. The complaint concerns the conditions Saber is subjected to in Tora prison, the treatment by police when he was transferred to the court for trial and the lack of security provided for him during his transfer.

Ahmed Ezzat, Saber’s lawyer said “he faces very bad conditions in prison. He has a very bad room with no light, no water and a bad smell due to the lack of ventilation.” Ezzat also said that Saber has been denied medical care by the prison administrator, “The handcuffs cut his wrists because the police mistreated him when he was in court and he was denied medical care. He has not slept for three days because he is tense about the trial. He requested to see a doctor again but was refused.”

Ezzat highlighted “All of the letters he writes to his family and the letters they write to him are taken too. Books which are sent to him are taken as well.” He also said “He has to stay in his room twenty-four hours a day and is not allowed to leave unless he is going to court, not even for exercise. He asked to be allowed out for a few minutes but was refused.”

The statement states that not enough protection is provided for Saber when he goes to court. He was attacked by some men the last time he was transferred to court. The statement also states “the food provided by the prison is unfit for human consumption.”

Ezzat said “The actions of the prison are arbitrary; the law gives all prisoners rights including food, water, medical care and a room with a light.”

According to the statement the attorney general has passed the complaint on to the south of Cairo prosecution in order to investigate the claims.

Saber’s trial was adjourned on 17 October and is set to continue on 14 November.