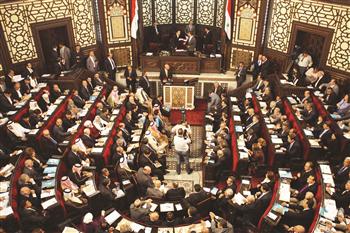 “President Bashar al-Assad has passed a decree calling for the organisation of parliamentary elections for December 1 to fill five empty seats,” SANA said.

Up for grabs are two seats for the province of Aleppo, one for Hama, another for Idlib and a fifth for Hasakeh, SANA said.

A third, Sattam Jadan al-Dandah, was appointed ambassador to Iraq this month, after his predecessor also defected.

The others are Ghassan Qanatri and Nizar Moussa, respectively appointed governors of Deir Ezzor and Tartus provinces.

The last general election was held on May 7, with the majority of the 250 going to the ruling Baath party, in power for almost 50 years.