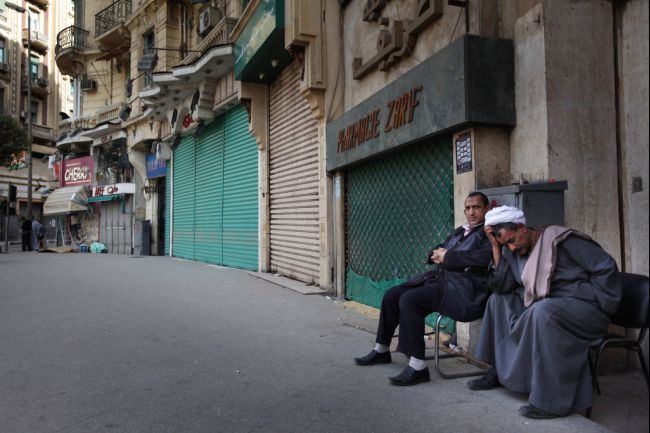 The Chamber of Commerce condemned a controversial proposal to close shops at 10 pm.  President of the Federation of Egyptian Chambers of Commerce (FECC) Ahmed El-Wakil said, “declaring a time for opening and closing the shops is something principally for the chamber, not the prime minister, according to the law.”

El-Wakil was responding to the announcement Thursday by the Board of Governors and Prime Minister Hesham Qandil that they will issue a law that would rigorously enforce the closing of most shops at 10 pm. On Saturday the FECC released an official statement, on Sunday El-Wakil clarified their stance further.

“We are not against the law,” said El-Wakil. “What we are trying to clarify is that you know that we have 26 governorates and each governorate has a special life.”

The FECC has been conducting a survey over the past two years that examines the differences in each governorate’s management. “We have sent it to the 26 [local] chambers of commerce in the 26 governorates to study the feasibility.” The next step is to receive the responses on Saturday and spend one to two weeks compiling the information. El-Wakil said the law cannot go forward without that information.

Though the federation president said he is not against the law, he had nothing to offer in its defence, instead listing a laundry list of reasons the law will hamstring the Egyptian economy.

“Some are tourism governorates and therefore each governorate’s chamber of commerce has the right to indicate exactly the time of closing and opening. If you go to France, Paris has a clear time to close, but if you go to Nice and Cannes [both on the French Riviera] it is completely changed during the summer,” said El-Wakil.

“If you finish at 10pm you will lose a lot of jobs first of all,” El-Wakil said, continuing to extrapolate on economic ramifications. He stated that each governorate needs to keep an ear open to its specific investors to know when to open and close.

El-Wakil went on to point out less obvious, but equally important ways that Egyptian life would be negatively affected by the law.

One reason offered was extreme heat. “You know in Upper Egypt, it is very, very hot in the summer, it reaches 50 degrees. Nobody’s going to buy something during noon-time, all of them are going after eight o’clock in the evening.”

In addition to this El-Wakil pointed out that there are also what he called “social reactions,” such as the fact that without open shops, young men will be prowling the street with nowhere to go. Compounding this are poverty and unemployment levels that force many Egyptians to share apartments, so they do not want to be sent home early. Finally, El-Wakil offered with a laugh, but only half-jokingly, “if we send a man to his room early, he will [produce] more children.”

“We explained all of this to the prime minister,” said El-Wakil. “But he did not get back to us.”