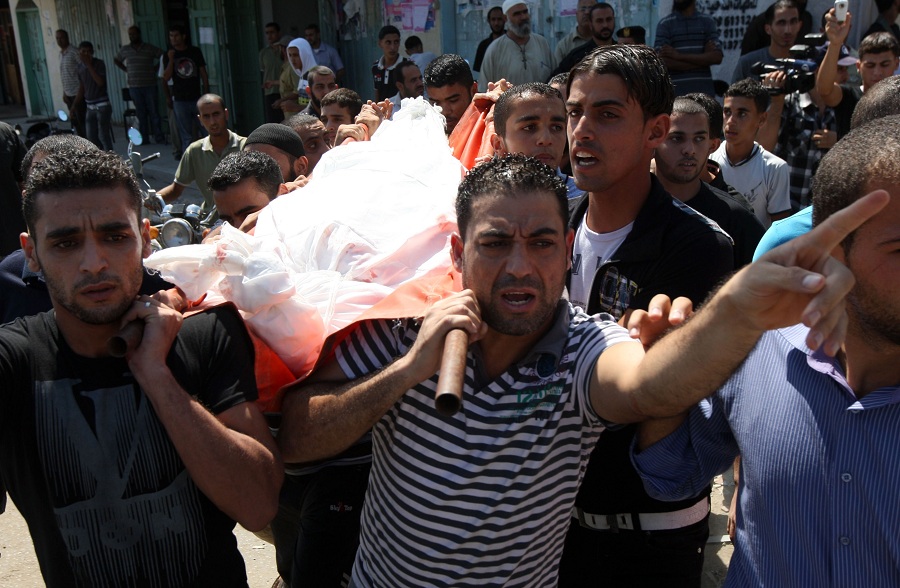 Two Palestinians were killed and a third wounded in an Israeli airstrike in Gaza on Wednesday near the Egyptian border. While the Israeli government called the victims “two terror operatives,” Hamas’ interior ministry maintained they were members of the group’s security forces who were conducting daily patrols to secure the Gaza-Egypt border.

The two dead were identified as Lieutenant Ashraf Salah and his deputy Anis Abu Al-Aynin. The injured Palestinian was also a lieutenant, according to AFP.

The Israeli Defence Forces (IDF) website claimed Al-Aynin was a member of the Defenders of Al-Aqsa, which they describe as a Hamas-sponsored terrorist group.

“The attack we thwarted last night was at a very advanced stage of planning,” the IDF said through its Twitter account. “Terrorists planned to exit Gaza into Sinai and then enter Israel through our border fence and attack the heart of [the] country during the holidays.”

The IDF also said it would hold Hamas responsible for any terrorist activity coming from Gaza. “Hamas knew what was happening. It collaborates with smaller terrorist [organisations] in Gaza and does not prevent them from carrying out attacks.”

An official truce exists between Israel and Hamas but tensions periodically escalate into open conflict.

Israel launched air raids against the Gaza Strip in early September, injuring four including two children. The week before Israel killed six alleged militants in Gaza, who Israel claimed were linked to bomb attacks that had been planned by militants.