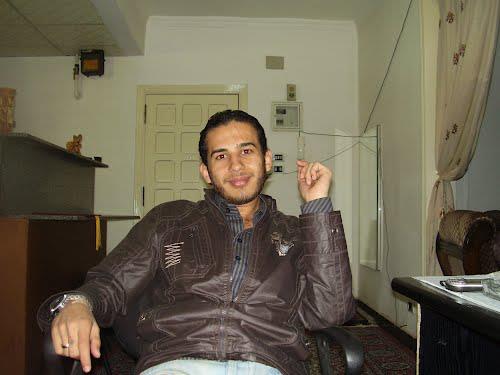 Saber is charged with “contempt of religion” after residents of his neighbourhood in Ezbet El-Nakhl accused him of posting the offensive Innocence of Muslims video on his Facebook account.

Contempt of religion carries a minimum sentence of six months in prison and can go all the way to five years, Ahmed Ezzat, Saber’s lawyer and a member of the Association for Freedom of Thought and Expression, told the Daily News Egypt.

Saber was interrogated again on Sunday following initial interrogations after his arrest on Thursday questioning him about his religious beliefs.

Residents of Saber’s neighbourhood surrounded his house Thursday night and threatened to break in and kill him or set fire to a nearby church. When Saber’s mother called the police it was he who was arrested, at which point it was revealed the mob gathered around his house had coordinated with the police from the start.

Saber’s history of posting videos calling for greater critical thinking regarding religion is what incited the neighbourhood against him. An anti-Saber Facebook page posted a YouTube video showing a police officer carrying Saber from his apartment with a large crowd cheering and chanting “God is great.” Taky confirmed the video was authentic.

According to Ezzat, the prosecution has not charged Saber on the basis of a specific incident and that they went through his Facebook and YouTube account but could not find any trace of Innocence of Muslims.

“The prosecution went through his accounts and did not find any videos. Rather, he is being investigated over a CD the police found in his possession on which a video of Albier being critical of religion is stored,” said Ezzat.

Saber’s mother, Kariman Saber, was forced to leave her house after she was threatened with murder and having her house burned down following her son’s arrest. According to Taky, she has since not been able to return home. Ezzat said Saber’s mother would pursue legal options.

Taky said he was receiving murder threats over Facebook and Twitter for his role in spreading awareness on Saber’s case. He added that the next move for the “Free Albier” campaign would be to hold a press conference in coordination with the Association for Freedom of Thought and Expression, after he is able to visit Saber in prison.

“He is just a citizen who is thinking differently and expressing his opinion, contempt of religion means physically attacking someone based on their religion or preventing them from practising it, Albier did not do that,” said Ezzat.

He added he was not sure Saber would receive a fair trial.

“There is no guarantee; the prosecutor investigating him or the judge who will oversee his trial could turn out to be a religious man so we are not sure he will be treated fairly,” he said.

Ezzat added that Saber should not even be investigated or put on trial since what he is being accused of is not a crime.

“Expressing your opinion is not a crime,” he said.