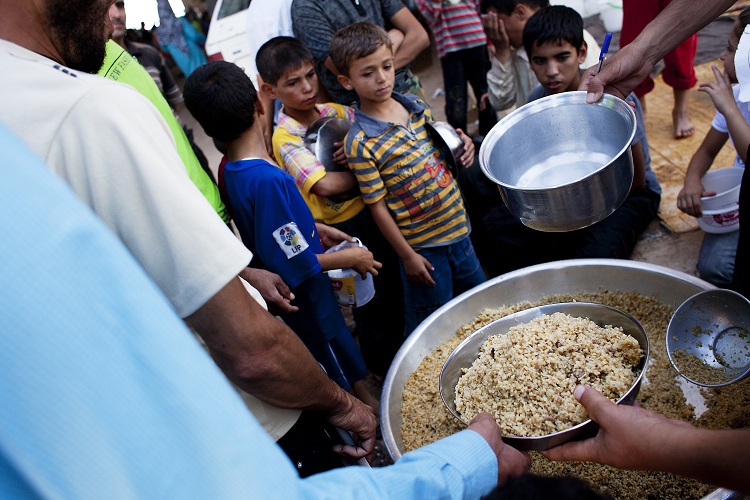 As the exodus of Syrians fleeing violence continues, the Unite Nations nearly doubled its humanitarian appeal for Syria from $180 million to $347 million. The current UN estimates suggests 2.5 million Syrians are in need of assistance; double its July estimates. Compounding the issue is overcrowding of refugee camps in neighbouring countries such as Turkey and Jordan, where camps are already at capacity as struggle to accommodate thousands of new refugees arriving daily.

The UN appeal is part of the Syrian Humanitarian Response Plan, which focuses on health, food, livelihoods, education, shelter, community services and infrastructure rehabilitation in the most hard-hit areas in Syria. The plan was unveiled on Friday at the fifth Syrian Humanitarian Forum in Geneva, host to 350 representatives of various non-governmental organisations (NGOs), UN humanitarian agencies, UN member states and other organisations.

“At the moment, the entire civilian population inside Syria is gripped by fear and despair,” John Ging, the Director of the Coordination and Response Division of the UN Office for the Coordination of Humanitarian Affairs (OCHA), told reporters after the Forum. “The basis for that fear is very real.” According to Ging, the most pressing need for those in Syria is a message of appeal for an end to the violence. OCHA estimates put the number of displaced within Syria due to the violence at over 1.2 million, most of whom are children. OCHA also estimates a further 245,000 Syrian refugees in neighbouring countries, 100,000 of whom crossed in August.

According to UN statistics, Turkey is the largest host to Syrian refugees with more than 80,000 refugees currently in camps, and thousands more arriving every day. The camps are overcrowded and undersupplied, leading to squalid living conditions and general discontent among the refugees. Jordan is home to over 48,000 registered refugees, and another 33,000 people awaiting registration, bringing the total number of refugees in Jordan over 80,000. Jordan has already announced it cannot not support the refugees and will need outside assistance to help deal with the growing crisis. Lebanon is already holding over 46,000 refugees, with another 18,000 awaiting registration, putting their figure at over 64,000.

Even as the UN attempts to provide aid for Syrians civilians, the lack of unity within the security council means that the UN is limited to carefully constructed opinions, with no military or political weight behind them, allowing the conflict to continue.