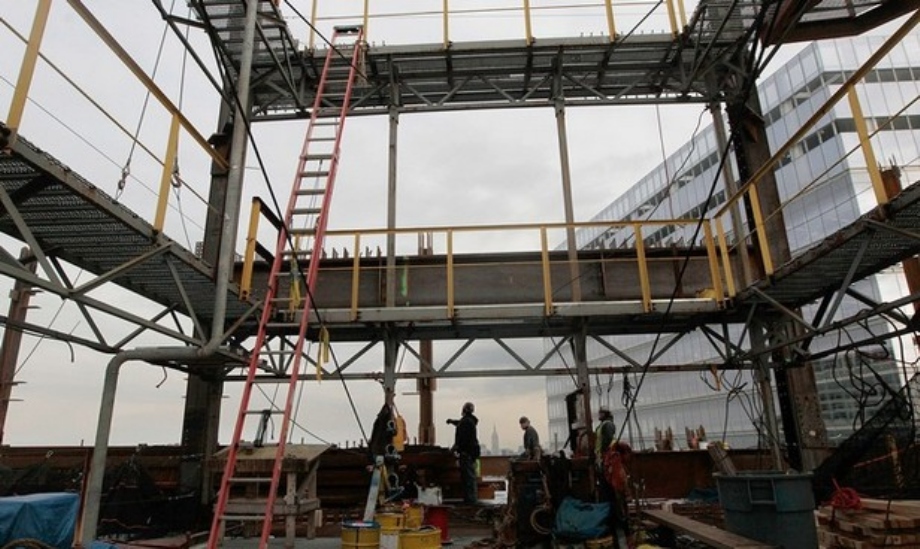 Washington (AFP) — The US economy grew a tick faster than first thought in the second quarter but remained sluggish, official data showed Wednesday, reinforcing the top issue in the tight presidential election race.

The Commerce Department said gross domestic product — a broad measure of the nation’s goods and services — grew at an annualized rate of 1.7 percent in the April-June period.

Its initial July estimate of GDP growth was 1.5 percent.

The rate was slightly better than expected, but lagged the first quarter’s 2.0 percent rise.

The data will serve as fodder in the tight race between President Barack Obama and Republican challenger Mitt Romney ahead of the November 6 election.

With the weak economy and high unemployment leading the list of voters’ concerns, Obama has defended his Democratic administration’s policies as keeping the economy growing and preventing an even deeper recession from a Wall Street meltdown under his Republican predecessor George W. Bush.

Romney charges Obama has held back the recovery and argues that less government, less regulation and lower taxes are the remedy for weak growth.

The Commerce Department said the upward GDP revision mainly reflected a reduction in the figures for imports, which subtract from GDP, and higher exports and spending by consumers and state and local government.

The report “does little to alter the view that the US economy continues to tick along at a moderate pace and struggles to break out into a full-on recovery with consistently above-potential growth,” said Michael Gapen, a Barclays analyst.

Growth in the world’s largest economy was the slowest since the third quarter of 2011 and was expected to remain tepid in the current third quarter.

“At this pace, unemployment will remain stuck above 8.0 percent for some time. Businesses are reticent to hire because of the threats posed by the approaching fiscal cliff in Washington, a potential break-up of the eurozone, and rising energy prices,” said Scott Hoyt at Moody’s Analytics.

There have been signs of stabilization in the depressed housing market after more than five years of falling prices.

A report Wednesday from the National Association of Realtors showed pending home sales surged in July to their best level in two years.

Market hopes are high that Bernanke will signal new economic stimulus on Friday, but analysts were divided over whether the latest GDP data would spur more central bank support.

“Slow nominal GDP growth will be used by some as an argument in favor of expanding the Fed’s balance sheet at the September FOMC meeting,” said RDQ Economics analysts.

For others, it boosted the argument against more stimulus.

“We continue to assume that consumption will accelerate further in the second half of the year, as the fundamentals for such a pick-up are all in place,” said Harm Bandholz of Unicredit.

Later Wednesday, the Fed will publish its Beige Book report on recent economic conditions at 1800 GMT. The information will be used to frame the September 12-13 meeting of the policy-setting Federal Open Market Committee.

At its last meeting, the FOMC signaled new support would be forthcoming if warranted by economic conditions.

“Growth is neither strong enough for Mr. Bernanke, who speaks on Friday, to take any additional easing off the table but it is hardly weak enough to force him to announce new actions,” said Joel Naroff of Naroff Economic Advisors.