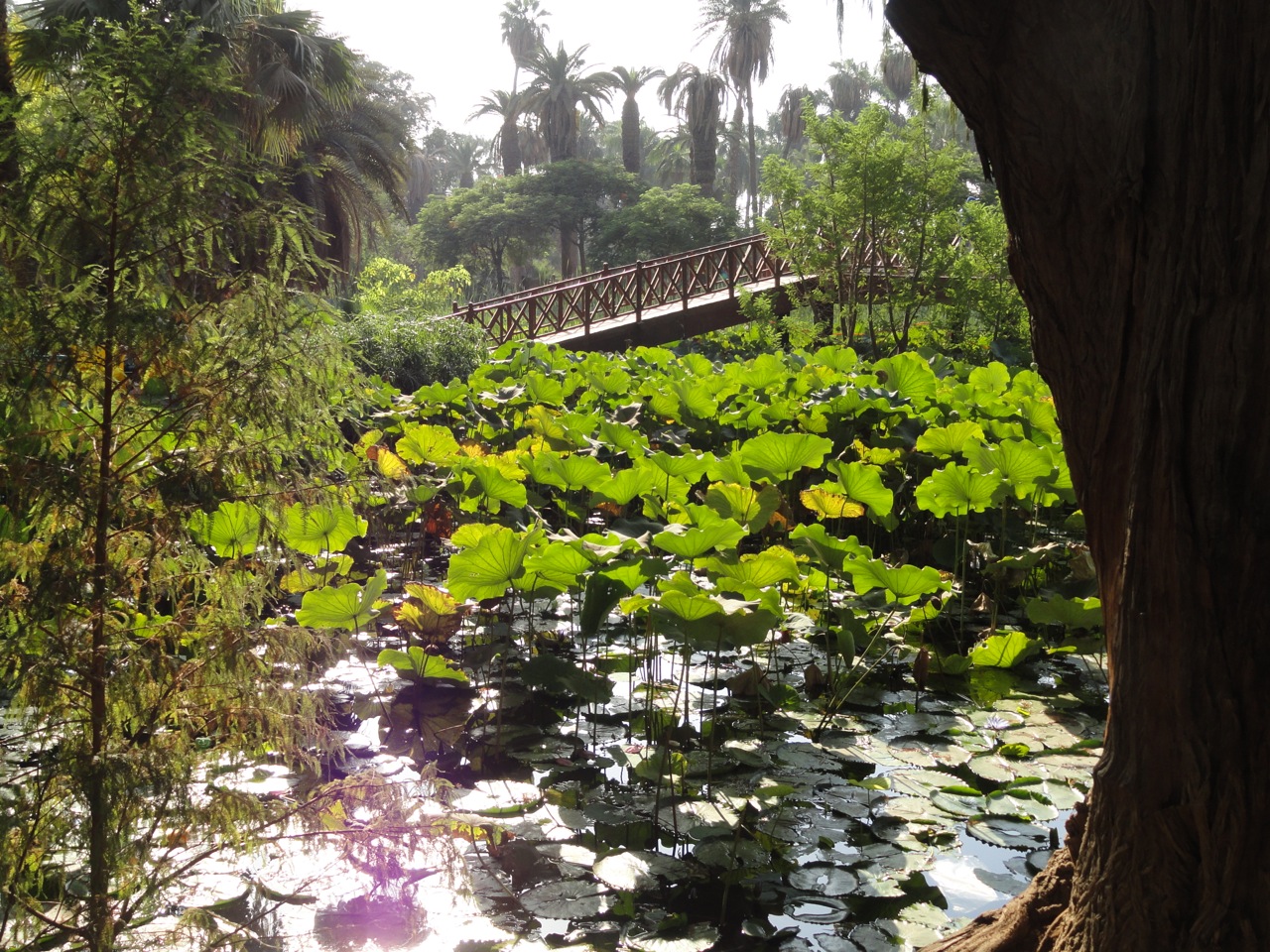 Just because summer is over does not mean Cairenes cannot enjoy a breath of fresh air and a healthy dose of the outdoors. As we slowly edge toward winter, when Cairo will possess a perfect mix of sun and a little bit of cold, it becomes time to explore the city’s outdoors instead of escaping to the beach.

The Orman Park in Giza is one of the oldest in Cairo and is, like most parks in town, a wonderful, if flawed, place. The park is still a hidden gem despite its fame, reputation and iconic location next to Cairo University.

During the day on weekdays the park is usually empty, except for some students and the token couple here and there. The green makes for a wonderful change from the traffic of Giza and the University bridge. The serene spaces and the sudden hush that befalls you as you walk in both add to the place’s ambiance. The noises from the urban jungle outside still intrude, but are muted and only add to the experience of taking a walk in the park.

As peaceful as it looks, the park may or may not cause a mild depression depending on how much you appreciate nature. Seeing the beautiful place run down evokes a sense of melancholy, yet the potential of the vast space is unmistakable.

Do not let these feelings stop you from experiencing the true beauty of the park. The benches, walks, the idyllic bridges, lilies, water and the children will lift your mood and make it a visit worth your while. But then again, what park in Cairo is not worth going to?

Some of the people who were roaming around the paths on the sunny afternoon had no idea the park existed before their present visit. A group of Spanish and Portuguese tourists, who declined to give their names, discovered the park by mistake as they were visiting Cairo University. “The park is beautiful but it needs a lot of maintenance,” said one woman. Another added, “there is no place for garbage,” while a Spanish man complained that the prevalence of littering is ruining an otherwise scenic park.

A group of young Egyptians were also enjoying their first visit to Orman Park. A friend had recommended the park. Marwan Hany said while the park needed more maintenance, it was beautiful anyway and it was nice it was not crowded. The group unanimously agreed that though they were having a good time, there is no comparison between this park and the relatively well-taken care of Al-Azhar park.

At a pound per ticket, with an extra two for cameras and three for video equipment, the park is a gem to be treasured. The lack of crowds and its central location offers those seeking an escape from the bustling city around them a welcome change from the much busier Al-Azhar park. And by paying the modest entry fees you will support our city’s underrated but beautiful parks along the winding, tree-lined way.