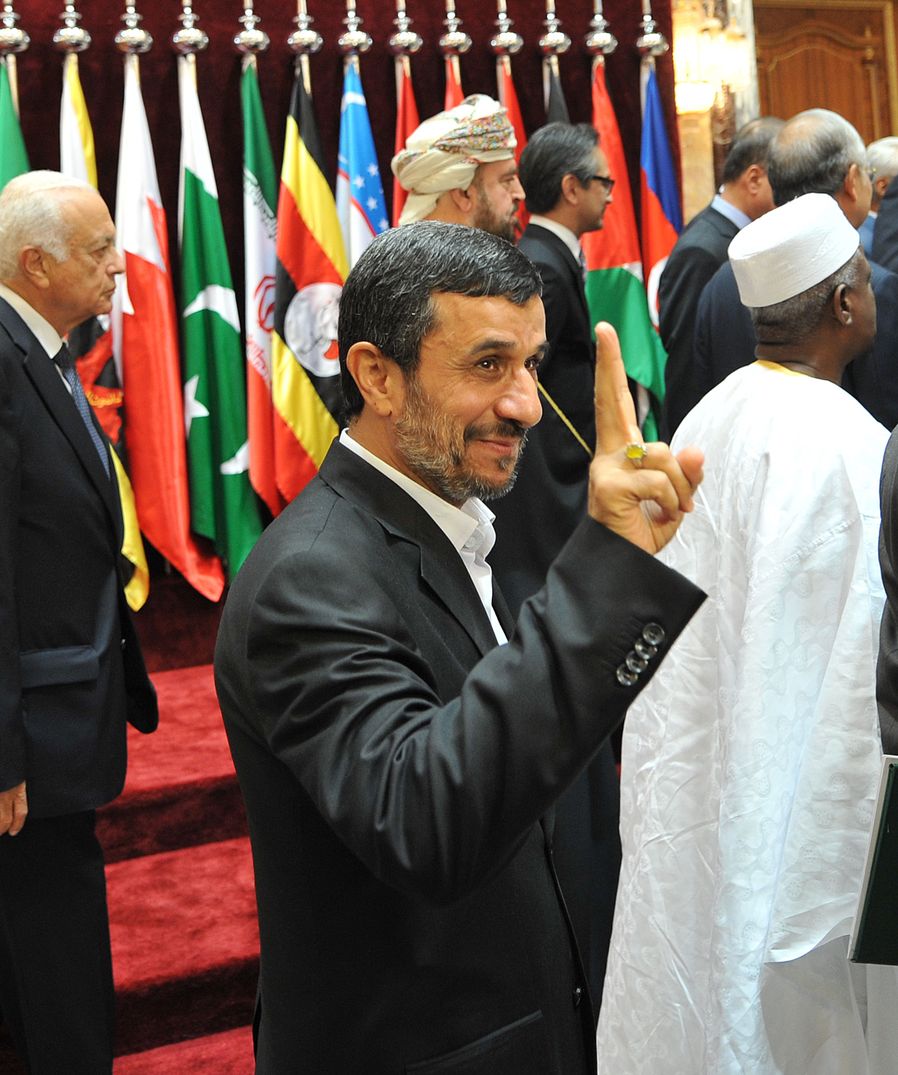 The ceremony was attended by a number of high ranking military and government officials including President Mahmoud Ahmadinjead, Defence Minister Ahmad Vahihi, and Chief of Staff Major General Hassan Firouzabidi.

The Fateh 101 missile was tested on 4 August and is equipped with a new guidance system capable of hitting both land and naval targets. According to General Vahidi it has the range of approximately 300 kilometers.

“The missile is one of the most precise and advanced surface-to-surface ballistic missiles and is solid-propellant,” said Vahihi at the ceremony according to Iranian news agency Mehr.

Mehr news agency also quoted President Ahmadinejad in a speech at the ceremony. “We do not see the progress of the defence industry for the conquest and domination over other countries, but rather, we want it for defending ourselves and the dignity of humanity,” he said. “Of course, defending the dignity of humanity does not mean aggression; rather, deterrence is our objective.”

“We have to reach the point where the country’s defence capabilities stop all tyrants and hegemons and even make them back down,” he added.

Tensions between Iran and Israel have escalated over the last few weeks, and have been fueled by remarks made by current and former members of both governments.

Former Iranian Defence Minister Ali Shamkhani spoke of a hypothetical extended conflict with Israel to semi-official Fars News Agency on Wednesday saying “Iran never hits the first strike and has and does never initiate war, but in case of enemy aggression, certainly Iran’s reaction will not be temporary.” His comments were in response to statements made by senior Israeli officials.

Former Israeli Defence Minister MatanVilnai last week said a conflict between the two countries would last a month and result in 500 deaths. Former Mossad Chief Danny Yatom told an Israeli radio station that a war with Iran would also have to involve targeting Hezbollah and Hamas strongholds.

In a Tuesday statement, the International Atomic Energy Agency (IAEA) said it would resume talks with Iran on Friday 24 August at the Iranian Embassy in Vienna. Meetings between the two parties had broken down in June when the IAEA insisted to gain access to government sites that had not been included in previous agreements.

Iran’s nuclear programme has led to sanctions from members of the international community, with most pressure being applied by the United States and the European Union. The Iranian government has maintained that its nuclear programme is solely for energy purposes and that it has not worked to develop any nuclear weapons.

In July Iran announced that it is now capable of producing nuclear fuel to power ships and submarines. The development was in response to sanctions that prohibit Iranian vessels from refueling at many fueling stations throughout the globe. Iran has insisted that it would notify the IAEA before moving beyond the 20 percent uranium enrichment levels at which its nuclear programme currently operates.

The Head of the Atomic Energy Organization of Iran (AEOI) Fereydoon Abbasi reiterated this point on Wednesday in a statement to state-owned news agency IRNA.