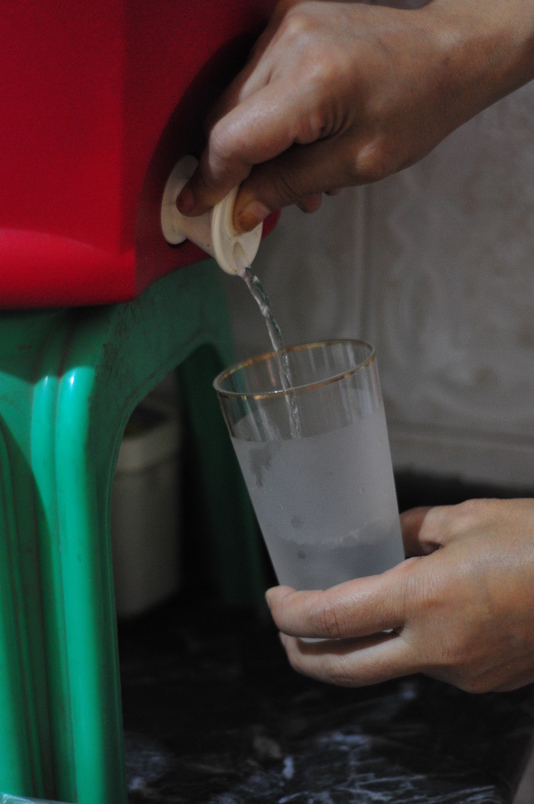 Residents of Sensaft village in Al-Menofiya Governorate have reacted to visits by the Governor of Al-Menofiya Ashraf Helal and the Minister of Health Mohamed Hamed Mostafa by holding them hostage inside a fever hospital.

The two government officials visited the area in response to over 1,000 cases of fever and sickness allegedly caused by the drinking water. Symptoms included fever, diarrhea and vomiting. The Ministry of Health has reported 56 severe cases. However hundreds of less severe cases in which patients were able to be treated quickly were also reported.

Police managed to extract the minister and governor from the hospital as people held up bottles of yellow tap water for them to see.

Deputy Director of Menouf General Hospital claimed that they had extracted water samples from a government plant and a second non-governmental organisation (NGO) water source supplying the village, according to Al-Ahram. Initial testing showed pollution coming from the NGO water source that could have led to the outbreak of illness.

Residents also cut off the agricultural road between Al-Menofiya and Cairo by burning tyres in an effort to draw attention to water problem.

Meanwhile Helal has threatened to resign from his post as governor if residents continue blaming him for poisoning their water.

An earlier altercation also reportedly took place when angry villagers confronted the local council of Menof who had come to inspect the situation in Sensaft.

Contaminated drinking water is commonplace in the governorate of Al-Menofiya. Local residents claim it is not uncommon to turn on their taps to find brown or yellow water.

Mohamed Mostafa Eissa, a police officer who works in the area around the hospital in Menouf, has confirmed to the Daily News Egypt that police arrested the head of the water plant accused of distributing the contaminated water.