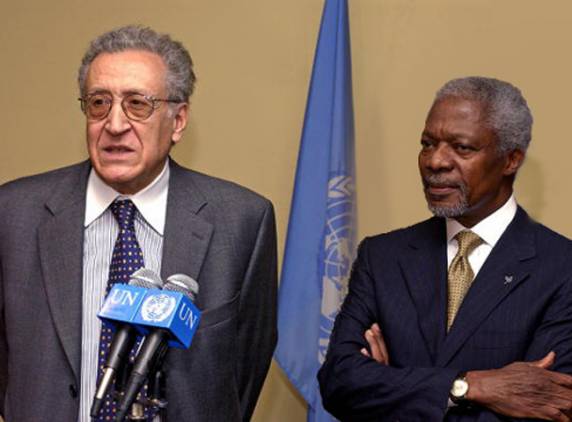 Annan had assembled a “6-point plan” to end violence in Syria but it was proven unsuccessful, with very little response within Syria.

“The Secretary-General appreciates Mr. Brahimi’s willingness to bring his considerable talents and experience to this crucial task for which he will need, and rightly expects, the strong, clear and unified support of the international community, including the Security Council,” said UN Secretary-General Ban Ki-Moon in a Friday statement.

The Algerian diplomat was an Arab League official from 1984 to 1991 and has worked closely with the UN for a number of years, serving in a variety of roles including the head of the UN Assistance Mission in Afghanistan (UNAMA). He also worked for the UN in countries such as Iraq, Haiti, and South Africa. Brahimi is also a member of The Elders, a group comprising of prominent figures such as Annan, Jimmy Carter, and Desmond Tutu that focuses on conflict resolution, world peace, and poverty.

According to Reuters, all diplomats in the UN Security Council supported the appointment of Brahimi. The Security Council has been largely split over the Syrian issue, with China and Russia vetoing resolutions to pressure President Bashar Al-Assad to halt violence that has plagued Syria since March 2011 and is currently focused in the urban areas of Damascus and Aleppo.