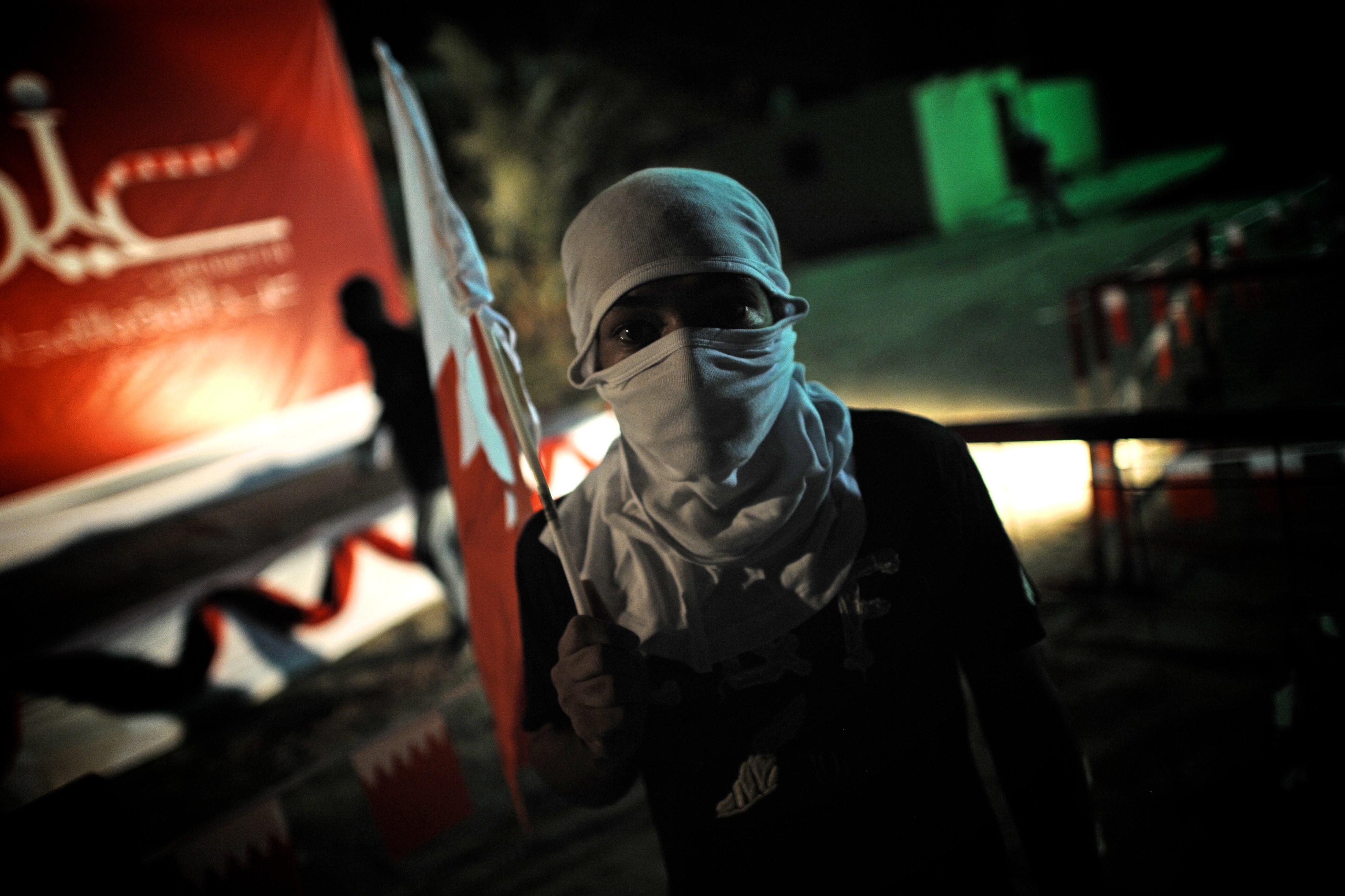 The Bahraini Court of Appeals postponed the ruling in the case of twenty men convicted last year to prison by a military court on Tuesday, according to the Bahraini Centre for Human Rights (BCHR).

The verdict of the thirteen men and an additional seven being tried in absentia will be read on 4 September. The twenty had been sentenced to prison by the military court in June 2011 and according to Reuters, eight of them were sentenced to life in prison. They were convicted for being part of the 2011 uprising in Bahrain.

The BCHR describes the thirteen as human rights and political activists. Among those sentenced to life in prison is Bahraini-Danish human rights defender Andul Hadi Alkhawaja who started a 110-day long hunger strike last February, in objection to the verdict.

Abdulhadi Alkhawaja is co-founder of the BCHR which is being run by his daughter Maryam Alkhawaja, the acting president of the centre. His other daughter, Zainab Alkhawaja, was arrested earlier this month for destroying government property.

In what was a busy day for Bahraini courts, on Tuesday a criminal court extended the detention of Zainab AlKhawaja to 28 August when a hearing in her trial will be held, according to the Bahraini news service, Voice of Al-Manama.

According to AFP, one more defendant was acquitted on Tuesday after charges against him were dropped. A prominent Bahraini human rights defender, Nabeel Rajab was taken from his home by masked men last month for sending out tweets in which he criticised the Bahraini regime after being sentenced to three months in prison.

Nabeel is appealing his three month sentence in a case whose verdict will be read on Thursday along with three other cases against him for advocating and taking part in illegal rallies, reported the AP.

According to the Geneva based World Organisation Against Torture (WOAT), Rajab is forced to deal with “judicial harassments” which the rights organisation reports on its website “aim at hindering his human rights activities and at stifling his attempts to fight corruption in Bahrain.”

WOAT also called for the immediate release of Rajab and called on the Bahraini government to end all harassment of him. There are calls for protests on Wednesday night demanding the release of Rajab in Bani Jamra before his trial on Thursday.

In the latest arrest of protesters in the troubled country, the Bahraini Ministry of Interior (MOI) website reported that it arrested eleven people which it described as “thugs suspected of taking part in protests” on Monday. The MOI said that they had taken part in acts of vandalism and blocking roads. The arrests were made as Bahraini police fired tear gas and birdshot at protesters, said AFP.

Bahrain witnessed pro-reform protests in February 2011 and has been suffering from a deteriorating human rights crisis.

The rights group Physicians for Human Rights (PHR) released in a report that the “indiscriminate use of tear gas as a weapon has resulted in the maiming, blinding, and even killing of civilian protesters,” and urged the Bahraini government to stop using it at once.

In a recent speech, the King of Bahrain said that the country has been experiencing pro-democracy uprisings because of “foreign conspiracies,” the Saudi news service Al Arabiya reported.  The Bahraini regime views the uprisings in Bahrain led by the country’s majority Shiite population as a result of Iran’s influence.