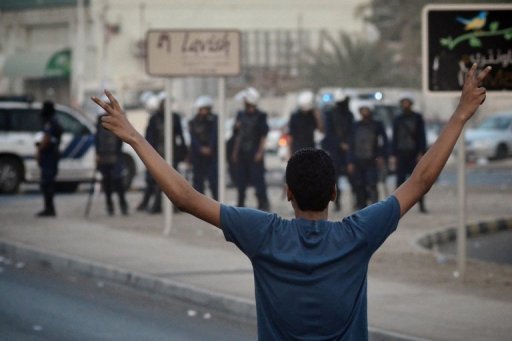 Manmaa (AFP) – Bahraini security forces fired birdshot and tear gas to disperse protesters in Shiite villages around the capital, witnesses said on Tuesday, as police announced the arrest of 11 “saboteurs”.

Several protesters were wounded as police dispersed demonstrations overnight that were called by the “Youth Coalition of February 14” to mark the Sunni-ruled, Shiite-majority Gulf state’s independence, witnesses said.

The number of casualties was difficult to assess, as protesters stay away from hospitals for fear of being arrested.

An “illegal demonstration” took place in the village of Bani Jamra where protesters hurled “petrol bombs and metal rods,” it added.

“Security forces managed to arrest 11 saboteurs, who are currently being referred to the public prosecution.”