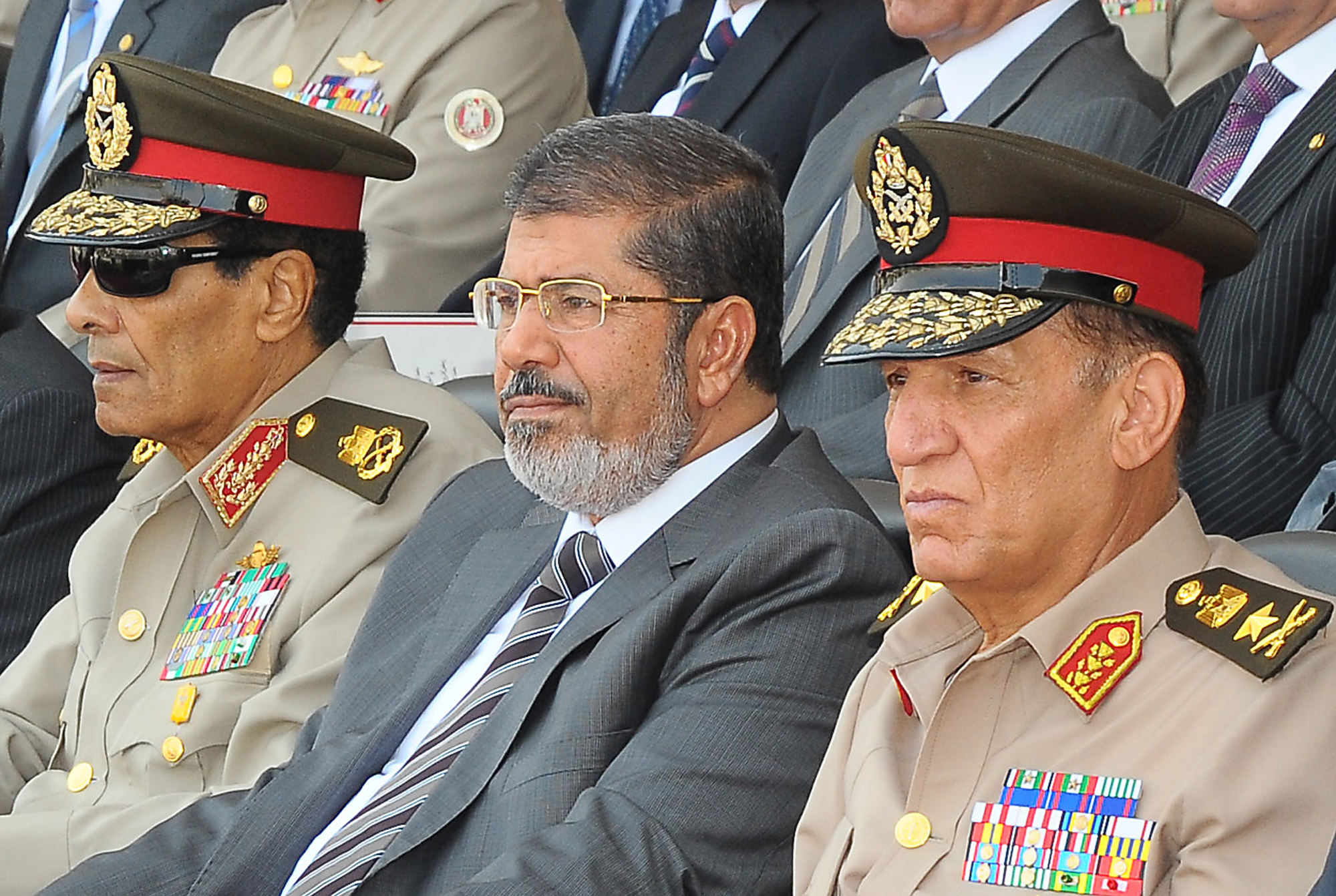 In an unexpected and unprecedented move, President Mohamed Morsy has sacked the country’s top military officials, Field Marshal Hussein Tantawi, Commander-in-Chief of the Armed Forces and Minister of Defence and the Chief of Staff, Sami Anan. Morsy has also appointed Mahmoud Mekki as Vice President.

In a statement read out by official presidential spokesperson, Yasser Aly, on state television Sunday, Morsy also announced the cancelation of the supplementary constitutional declaration and the removal of several other high ranking military officials.

The cancelation of the constitutional decree, released by the military weeks before Morsy became president, reclaims for the President several of the powers over defence that were transferred to the Supreme Council of the Armed Forces. One such power is the ability to make personnel changes within the military, including SCAF, which is chaired by Tantawi with Anan as deputy.

According to Aly, the President will release a new constitutional decree that “allows him to exercise full presidential powers” in the official gazette.

Tantawi and Anan have been sent to retirement and appointed as presidential advisors. Tantawi has been awarded the top civilian award; the Order of the Nile and Anan was awarded the prestigious Order of the Republic.

SCAF member Major General Abdel Fattah El Sissy, Director of the Military Intelligence and Scouting Agency, was promoted to full General and appointed as Commander-in-Chief of the Armed Forces and Minister of Defence and Military Production, replacing Tantawi.

Anan was replaced as Chief of Staff of the Armed Forces by Major General Sedky Sobhy, Commander of the Third Field Army, who was promoted to the rank of Lieutenant General. Sobhy is also a member of SCAF.

Major General Mohamed El Assar, Assistant Defense Minister for Armament Affairs and another SCAF member, was kept in his role as assistant minister but it is unclear for what department.

Mamish was made President of the Suez Canal Authority; Seif-Eldeen is now chairman of the Arab Organization for Industrialization; and Hafez was appointed Minister of State for Military Production.

The cancelation of the supplementary constitutional decree means that Morsy will no longer share power with SCAF. The absence of an elected parliament, the lower house of which was dissolved by SCAF after the Supreme Constitutional Court ruled the parliamentary election law unconstitutional, means Morsy now holds all executive and legislative powers of state.

The president now has the right to bring back the dissolved house, the Muslim Brotherhood-dominated People’s Assembly, a move he tried earlier only to be blocked by SCAF and the court.

At the end of the announcement, Vice President Mekki and Commander-in-Chief El Sissy swore the oath of office live on television.