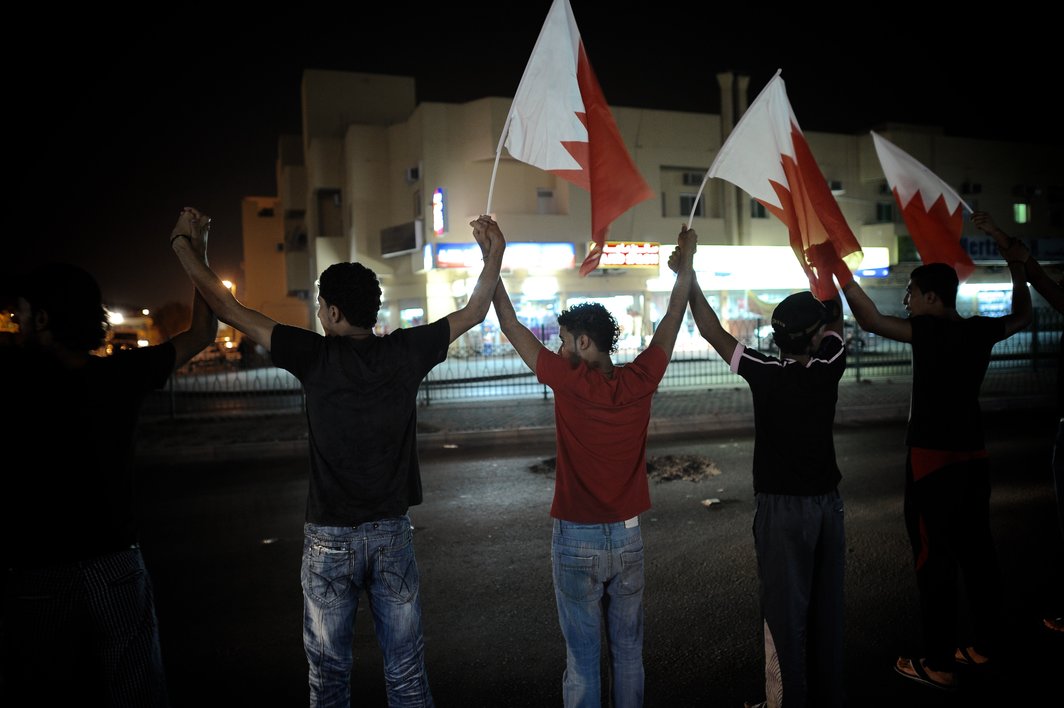 Bahraini policemen were charged, on Tuesday with mistreating medics who were detained by Bahraini security last year.

The Bahraini public prosecutor pressed the charges following complaints from nurses and doctors working in a state-run medical facility, according to Emirates-based news service, Gulf News.

The charges come at a critical point in Bahrain’s 18 month long political crisis in which the country’s Shi’a majority continue to demand reforms but have been met with brutal force.

The move comes after the Bahraini Prime Minister issued firm statements saying that he will “not allow democracy to be abused by saboteurs,”  adding that while democracy does guarantee the rights of individuals, the state’s rights should be preserved as well, Bahraini news service, Gulf Daily News reported.

Meanwhile, the Bahraini Minister of Justice, Sheikh Kahled Ibn Ali Al-Khalifah, said Tuesday that within the next few days, there will be action taken against religious platforms supporting inflammatory speeches which fail to take into account the impact their rhetoric will have on the divided in the Bahraini community, according to the Bahraini news service, Voice of Manama.

The public prosecutor’s decision to try the policemen comes following statements made by the Minister of Interior Affairs, Sheikh Rashed Ibn Abdullah Al-Khalifa, who announced last month that the government is planning to launch investigations into violations of human rights which occurred during security crackdowns on protesters.

The move, he explained, was in order to abide by the principles of transparency and accountability.

The investigation of the 15 policemen came after the reports a foreign study into the human rights situation in Bahrain the Tom Lantos Human Rights Commission (TLHRC) in the United States Congress.

TLHRC which advocates human rights, held a high level hearing on Bahrain last week. The meeting was held to discuss the Bahraini government’s implementation of the Bahrain Independent Commission of Inquiry (BICI)’s report.

The report, which is almost 500 pages long, investigated events from the start of the Bahraini uprising on 14 February 2011 until November 2011 including conditions of arrests and allegations of torture and came out with a set of recommendations for the Bahraini government to follow.

According to the BICI report, issued in November 2011, 46 people died in the uprising with more than 550 documented allegations of torture including beating, hanging and electrocution.

The United States Assistant Secretary of Democracy, Human Rights and Labour Michael Posner said after the hearing that Gulf country is more stable despite the nightly raids.

There was a violent crackdown on protesters last week in which human rights defender Zainab Alkhawaja was arrested.

Bahrainis took to the streets on 14 February 2011 demanding reforms but they were met with a brutal security crackdown as the police beat them, arrested them and fired tear gas on them, which activists and the Bahrain Centre for Human Rights describe as toxic and claim has caused many miscarriages for pregnant women.

The Al-Wefaq National Islamic Society, the largest opposition group in Bahrain has holds the Ministry of Interior responsible for the “suppression of protesters, and the use of excessive violence and repression.”

Bahraini opposition groups including the Al-Wefaq National Islamic Society have announced that they will be freezing their activities during the last ten days of Ramadan to continue theri activities after Ramadan, according to Voice of Manama.